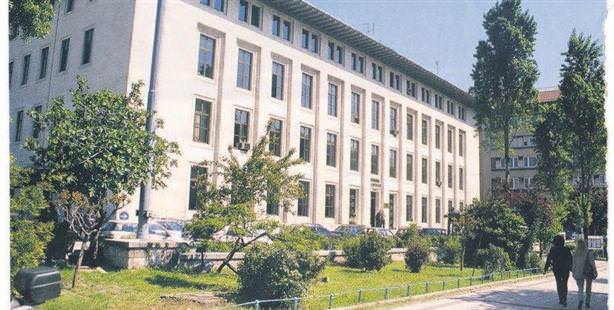 The United Nations will be opening a regional office in Istanbul designated to deal with women’s issues, including societal gender equality and domestic or any violence directed at women in countries spanning from Europe to Central Asia.

The United Nations Entity for Gender Equality and the Empowerment of Women will be opening a regional office in Turkey. The office, which will make Turkey the regional 'center' to deal with human rights and women's' issues in the region, will be housed in the iconic TRT Istanbul Radio building in Harbiye.

THE FIGHT AGAINST VIOLENCE

Turkey's fight to combat violence against women and the steps and preventative measures the government has taken over the past year, especially in regards to new legislation, has not gone by unnoticed by the UN. According to the information obtained by SABAH, the UN was already engaged in negotiations to open a regional UN Women office in Turkey when a series of steps were taken to protect women including the Istanbul Agreement followed by the Family Protection and Prevention of Violence Against Women Law, which sealed the deal.

WOMEN WILL HAVE A VOICE

The meeting traffic which went on for a year ended up reaping positive results from the UN. Last week, the UN finalized their decision to open a UN Women's regional office in Istanbul. This means that Turkey will be the authoritative center for all women's and related issues for Europe and Central Asia. The voices of millions of women will be heard by the world from Istanbul. The fact that Istanbul will now become a center for women's rights only increases Turkey's strategic importance, power and prestige for neighboring nations.

The Family Ministry is planning to make the official announcement of the opening of a UN Women regional office in Istanbul during a planned event on October 15th. The office will begin operating by January of 2013 at the latest. The office will be situated in the TRT Istanbul Radio building as proposed by the Foreign Ministry.

Some important details regarding the opening of the UN Women regional building in Istanbul, which will serve an area spanning from Kazakhstan to Slovakia, are as follows:

Turkey will be taking on the position of 'leader' in regards to women's issues for surrounding nations.

Efforts will be made in the international arena regarding equal opportunity for both men and women as well as geared towards the prevention of discrimination againt female children.

All international participation conferences will be held in Istanbul.

Turkey's experience and the steps taken in regards to women's rights will be regularly shared throughout the region.