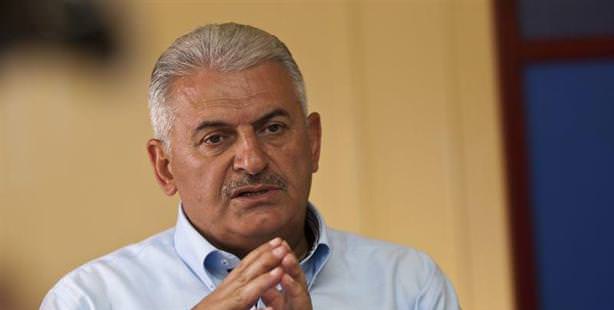 A Turkish court has ruled on banning access on internet websites to view the controversial film insulting the Prophet Mohammad. Calling the film “repulsive”, Communications Minister Yıldırım says they are now working on having the film banned all over the world.

Turkey has banned internet access to view "Innocence of Muslims", the highly offensive and insulting film on both Islam and the Prophet Mohammad. Transportation, Maritime and Communication Minister Binali Yıldırım has announced that a court ruling to ban access in Turkey on social media websites to view the defamatory film was released yesterday.

Yıldırım states that this is not the first hateful attempt to negatively depict Islam and Muslims and says that it also won't be the last. Expressing that Turkey, like the entire Muslim world, condemns this attack on Islam, Yıldırım stated, "We will not suffice with simply condemning the act."

Calling the film repulsive, Yıldırım explains that they decided to use all legal and legitimate measures to block access to the film and went on to state the following:

'THERE WILL BE NO BROADCASTS UNDER DIFFERENT NAMES'

"In taking into consideration our Prime Minister's orders as well as the thousands of complaints received by our Ministry, the Information and Communication Technologies Authority (BTK) and the Telecommunications Directorate (TİB), we have decided to shutdown all of the links on social networking sites. The Telecommunications Directorate had informed all internet service providers, including Türk Telekom, TTNET, Türksat, Avea, Vodafone and Turkcell to remove the footage, which most of them did. However, we were not with just doing that. We went ahead and applied to the court the day prior and yesterday the court ruling was finalized. To summarize, the court ruling states, 'The viewing of this film which contains insults of our Prophet has been prohibited.' In other words, all links, and connections referred to as URLs will be blocked access."

Yıldırım explained that this was a general court ruling and even if attempts are made to release the film under differing names, the Telecommunications Directorate will have the authority to instantly shut those sites down as well. Minister Yıldırım says, "From here on out this film will no longer be viewed in our country."

'A CRIME SHOULD NOT REMAIN UNPUNISHED'

Yıldırım also explained that the United States has also reached a court ruling regarding broadcasting the film and stated, "No matter what religion you are from, it is a crime to curse at what is sacred and to cause public unrest. This is a hate crime and no crime should remain unpunished."