In the Turkey-Israel crisis, Turkey is in the right 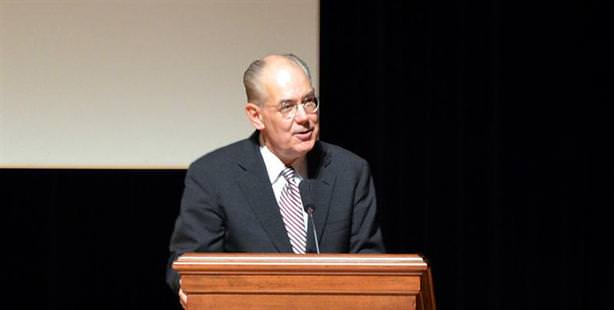 Discussing the Israeli lobby's influence on U.S. foreign policy, Prof. Dr. John Mearsheimer, says that although the Jewish lobby does not completely control foreign policy, it certainly has a serious influence. Mearsheimer explains that lobby groups are well-organized in their use of donations and votes to exert pressure on politicians, which results in what seems to be the United States' unconditional support to Israel. The famous theorist says that U.S. politicians defend the support they offer to Israel by calling it "sharing the same values", and says that unlike Israel, the U.S. respects minorities. "Israel is a Jewish state, whereas the U.S. is not. The sole shared value remains to be the democratic order. There are dozens of democratic states throughout the world; however none receives unconditional support from the U.S."

Mearsheimer says that ever since U.S. President Barack Obama came into office, he has overlooked Israel's operations on Palestine which have turned into massacres. Recalling that Obama has met with Israeli Prime Minister Benjamin Netanyahu a number of times, Mearsheimer said, "Obama ended up having to take backwards steps four times on the Palestine issue. Netanyahu has shown who is boss. Obama has only been able to hold out on the issue of attacking Iran."

TURKEY'S FOREIGN POLICIES SHOULD BE APPLAUDED

During his address, Mearsheimer said, "I applaud Turkey's foreign policy. I hope it continues this way." Mearsheimer also spoke with SABAH on the Mavi Marmara raid and discussed Turkey's zero-problem policy. According to Mearsheimer, Turkey's zero-problem policy is perfect cyclical-wise and has had long-standing success. "This policy didn't work due to external factors the government could not control." Explaining that developments in the Middle East such as the situation in Syria were what necessitated the end of this policy, Professor Mearsheimer says, "The world has changed".

The American professor also mentioned the Mavi Marmara raid, and stated that Israel made a disastrous decision by intervening in the aid flotilla. Mearsheimer says that Turkey followed the right policies following the raid, and went on to state, "Turkey has reached a point where they can no longer tolerate what Israel is doing in Palestine."

Mearsheimer says that even if Turkey and Israel are able to surpass this crisis, the Palestine issue will continue to sour ties.

NOT EVERY PROBLEM NEEDS TO BE SOLVED

Explaining that the United States is not taking either the Israeli or Turkish side in this conflict, Mearsheimer states, "the United States tried to lighten the crisis and to repair ties between the two allies." Expressing that he doesn't feel this issue will be solved anytime soon, Mearsheimer says, "Not every problem needs to be solved."

This is a translation of an article originally written by Nurullah Saraç.