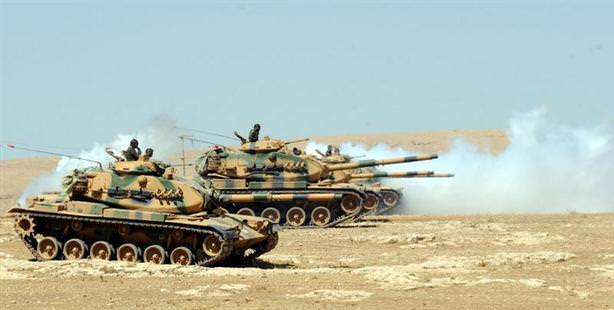 The Prime Ministry has released an announcement stating that Turkey has responded to the attack by firing on Syrian targets after deadly shelling from Syria struck the border town of Akçakale, killing five Turkish citizens.

The announcement from Turkey's Prime Ministry states, "Our Armed Forces in the border region have provided the immediate response necessary to this abominable attack, in line with the rules of engagement, the targets were hit by artillery fire on points in Syria identified by radar."

The announcement adds, "In line with the rules of engagement and the rules dictated by international law, Turkey will never leave this sort of provocation unanswered."

Mortar fire from Syria struck the border town of Akçakale killing five family members, including children and their neighbor in front of their home. Ten people were wounded in the attack, including a child and two police officers.

According to the Syrian press, Turkey's retaliation has been directed on targets in Idlib.

The bombing came after an emergency meeting between the Prime Minister and Chief of General Staff Necdet Özel.

NATO Secretary-General Anders Fog Rasmussen told Davutoğlu in a phone conversation on Wednesday that he strongly condemned the mortar strike from Syria, a NATO spokeswoman said.
The spokeswoman said NATO continued to follow developments in the region "closely and with great concern".

The official said the ambassadors will meet under Article 4 of the NATO charter which provides for consultations when a member state feels its territorial integrity, political independence or security is under threat.

Foreign Minister Ahmet Davutoğlu has been assured of Washington's full support at the United Nations and NATO after a mortar bomb fired from Syria killed five civilians on its territory, the foreign ministry said on Wednesday.

U.S. Secretary of State Hillary Clinton gave the assurances to Davutoğlu in a phone call, the foreign ministry said in a statement. Turkey's armed forces hit targets inside Syria in response to the mortar strike.

The White House on Wednesday strongly condemned Syria's deadly shelling across its border with Turkey, saying "we stand with our Turkish ally."

"All responsible nations must make clear that it is long past time for Assad to step aside, declare a ceasefire and begin the long-overdue political transition process," White House spokesman Tommy Vietor said, referring to President Bashar al-Assad's bloody crackdown on an uprising against his rule.

"We stand with our Turkish ally and are continuing to consult closely on the path forward," Vietor said.