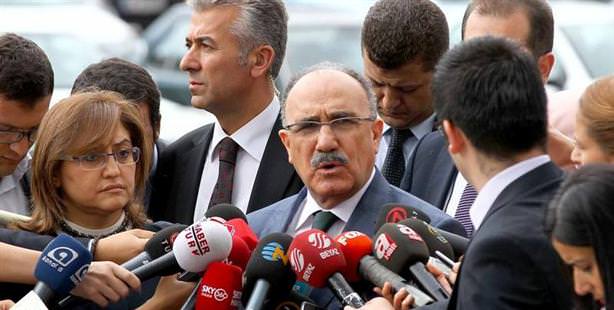 Syria has apologized through the United Nations for the mortar strike which killed five civilians in southeast Turkey on Wednesday and said such an incident would not be repeated, Deputy Prime Minister Beşir Atalay said on Thursday.

"Syria accepts that it did it and apologizes. They said nothing like this will happen again. That's good. The UN mediated and spoke to Syria in the evening," Atalay said.

Deputy Prime Minister Beşir Atalay spoke to reporters after parliament authorized military operations outside Turkish borders if the government deemed them necessary. Atalay said Turkey had exercised its right to retaliation and that the assembly's authorization was not a "war
memorandum".

Turkey's priority is to act in coordination with international institutions in response to artillery shelling from Syria which killed five civilians in its southeast, Deputy Prime Minister Beşir Atalay said on Thursday.