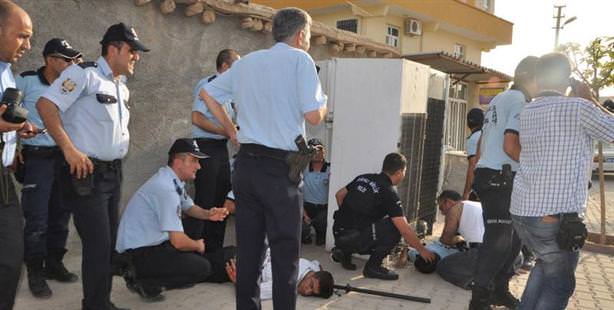 NATO held an emergency meeting Wednesday night to discuss the shelling of the Turkish town of Akçakale.

The shelling "constitutes a cause of greatest concern for, and is strongly condemned by, all allies", NATO ambassadors said in a statement, after they held a rare late-night meeting at Turkey's request to discuss the incident.

"The alliance continues to stand by Turkey and demands the immediate cessation of such aggressive acts against an ally, and urges the Syrian regime to put an end to flagrant violations of international law," the statement said.

The White House has also released a statement strongly condemning the Syrian shelling across the border with Turkey and states, "We stand with our Turkish ally."

Meanwhile, Syria's Information Minister Omran Zoabi released an announcement extending condolences to the Turkish public and says they are investigating the source of the shell that hit Turkey.

Turkish Deputy Prime Minister Bulent Arinc said after the mortar attack: "This latest incident is the last straw. Turkey is a sover

Turkey's Grand National Assembly will convene tomorrow morning at 10:00 in order to discuss issuing a letter in response to the shelling from Syria on a town in Turkey, which killed five.