“We are not that far from war” 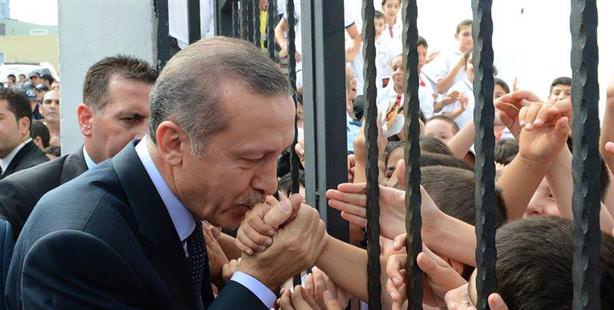 Prime Minister Recep Tayyip Erdoğan spoke out yesterday against the strike by Syria, which resulted in the deaths of five Turkish nationals in Akçakale by stating, “We are not interested in war whatsoever, but then again we are also not far from war.” Erdoğan was speaking at a ceremony held in Esenler marking the start of the nationwide urban renewal project when he stated, “If they step on our hearts, then there is no way to talk peace.”

WE DID NOT LEAVE IT UNANSWERED

"We did not leave this attack on our country unresponded to. We immediately responded in full. We mobilized the United Nations and NATO and explained to the world our suituation and legitimacy. After Syria downed our jet, we made a number of warnings to Syria and had announced that we would respond in full. There was one time, when artillery hit an empty field and so we kept quiet yet issued a warning saying we would enforce the rules of engagement. It happened a few more times and we issued a diplomatic note. Then, it happened four, five, six and seven times. However, because the shelling hit empty fields we sufficed by sending a diplomatic note. Yet, this time five of our citizens were killed,which is something we cannot suffice with by just sending a note. We had responded in f ull in the past, however this time we retaliated in a way we knew would hurt. The fact that Syria continues to maintain this aggressive stance against Turkey, and especially the fact that our citizens were harmed by their shelling has left us in a position of being compelled to strike back in honor of our country. We are not interested in war whatsoever, but then again we are also not far from war. There have been times when we have had to go through intercontinental wars to get to where we are now. There is a good saying, "Prepare for war if you want peace." Sometimes battles can be the key to establishing peace.

Now, of course the main opposition is going to have something to say about this. Because of course he has currently set up camp on the side of the tyrannical Bashar. Those who are against this motion we have brought on are not the ones who are going to be held accountable in history. My citizens are going to be martyred and I am still going to say peace. What peace? What peace… Then there are those who shamelessly ask, "which ministers' childwill begoing? Well, to them I say this, We are already on the field and wherever we need to go, I will be the first one personally to go there. I want to repeat this again, "Turkey will never be a country that seeks out war. Quite the contrary, we are a government whose basic policies are based on establishing peace and harmony in our region and the world.

WE HAVE THE REPORTS

Never mind their own citizens; the bloodthirsty Assad administration is not refraining from attack in any way to the point where they are even killing our citizens. We can see where they are getting help from, we have the intelligence reports. Syria is currently engaged in state terror. After this latest incident, the international community now understands the situation better and has responded harsher. Those who try to test Turkey's capacity for deterrence and determination will be making a fatal mistake. We are not bluffing. We will be following through on this issue to the end.

When it comes to Syria , we see that the CHP-BDP brotherhood has returned. One is all about the separatist terrorist organization and the other is about the Assad regime. I want to the MHP for acting responsibly and for supporting the motion."


This is a translation of an article originally written Mesut Er.