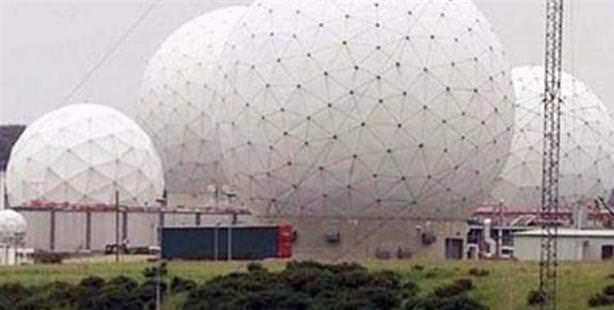 Turkey has altered its strategy in the Syria crisis after shelling over the border killed five Turkish citizens. The General Staff has updated the plans to include the activation of the NATO radar positioned in Kürecik, Malatya. The radar will provide instantaneous tracking of all military activity in Syria.

Ankara developed a new multi-faceted strategy following the Syrian military's targeting Akçakale and Hatay with mortar fire, leading to the deaths of innocent civilians. On October 3rd, the NATO Council held an extraordinary meeting in a display of alliance solidarity. On October 4th, Turkey's Grand National Assembly voted on a motion intending to reinforce deterrence. Now, Ankara has taken another critical step by requesting NATO put its technical capacity into effect in order to protect Turkey. Since then, NATO has turned their radars in Kürecik, Malatya to face Syria.

It has been learned that in light of the tension with Syria, the General Staff has updated their military plans and has conducted a comprehensive risk analysis. Syria's two main strong points, the air forces and air defense systems were evaluated and the potential threat they pose to Turkey was laid to the table. The missile systems and chemical weapons the Syrian Armed Forces has stockpiled stood out as threat factors which resulted in the decision to benefit from utilizing NATO capabilities.

By request from Turkey, NATO's mechanisms were also evaluated. At the very first stage NATO made two very important announcements. The Akçakale incident was defined as an attack directed at NATO's southeastern border. As a result, the emphasis on the attack being directed at a NATO border instead of along the Turkish Syrian border was reinforced. In addition, while stating, "The security of the alliance is indivisible," NATO also noted that they would not remain indifferent to military invasions directed at Turkey. These diplomatic initiatives were realized strategically through the repositioning of the radars positioned in Kürecik, Malatya to face Syria.

With the integrated radar system in Kürecik, all of the Syrian military's missiles, whether for air defense or attacks, are currently under NATO surveillance. In the event of a missile attack targeting Turkey, the radars' early-warning system will go into effect and the F-16 fleet, which is waiting on alert, will conduct their duty of destroying any missile attack. In addition, depending on the threat level, the NATO Awacs warning and control system aircraft may be utilized and missile defense systems could be positioned on the patriots.

In 2011, the Missile Shield Project, which Turkey was a part of, was first founded using the United States' technical and military capabilities. Russia and Iran reacted to the positioning of this defense system in Turkey; however NATO said it was designed to protect all NATO allies. Ankara emphasized at the time that the base was entirely for defensive purposes and was not targeting any neighboring nation, saying they wouldn't allow for missiles to be positioned there.

This is a translation of an article originally written Okan Müderrisoğlu.