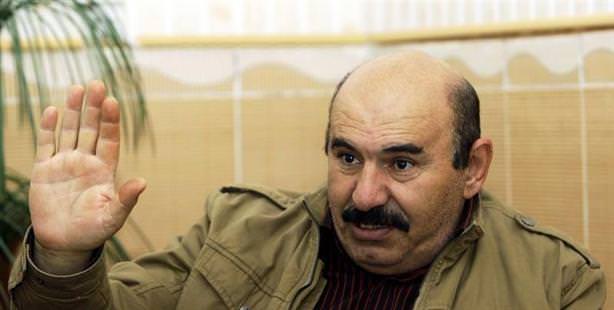 PKK leader Abdullah Öcalan's brother Osman Öcalan says that İmralı is the sole address where a solution will surface.

Osman Öcalan states, "If his conditions are improved, my brother intends to eliminate the Kandil administration in order to put an end to the armed struggle."

Osman Öcalan, the brother of PKK leader Abdullah Öcalan, says that the address to hold the 'second series of Oslo talks' is not in Kandil, but is İmralı. Currently serving a life sentence on is İmralı Island, Öcalan's brother says that should Abdullah Öcalan's conditions of confinement be improved to maybe even house arrest, then the PKK leader will eradicate the Kandil administration.

Speaking to SABAH, Osman Öcalan says that negotiating with the PKK will not reap positive results; an issue he notes was discussed during the Oslo Talks. According to Osman Öcalan, instead of dealing with the PKK's administration in Kandil or with the BDP, (the Kurdish nationalist opposition party, the only person Turkey needs to deliberate with is Abdullah Öcalan. "My brother wants to eliminate the deep pro-conflict structure within the PKK. And he is the only one that has the power to be able to do it."

In noting that Cemil Bayık, Duran Kalkan, Ali Haydar Kaytan, Mustafa Karasu and the Syrian Fehman Hüseyin, who are a part of the PKK terrorist organization's Kandil administration and are known as the "Ankara group", are against dropping their weapons, meanwhile, Öcalan notedly refrained from mentioning the name Murat Karayılan.. The following are some of the main issues Öcalan discussed with SABAH.

FOR IRAN AND SYRIA

"Through the support of Iran and Syria, the PKK is currently able to be more active in their armed struggle. During this time, a very important visit was made by my brother Mehmet Öcalan who visited İmralı in mid-September. It is important, because it was during this visit, that Abdullah Öcalan openly expressed that he did not approve of the PKK's terrorist acts. This message marked the beginning of a new era. Therefore, for Turkish officials to meet with the PKK's extensions in Kandil, Europe or Turkey would not reap results. This is because the deep internal structure of this terrorist organization, which has ties with foreign nations, does not seek an environment of peace and harmony, but is instead intent on continuing to stage war and chaos."

MY BROTHER IS THE ONLY ONE WHO CAN SOLVE THIS ISSUE: "Abdullah Öcalan is the only one who can solve this issue. Negotiations with the BDP and those running the PKK would not bring about a solution; the clearest example of this is seen in the Oslo talks. Even in an announcement my brother made when he was still in Italy, he said that 'Cemil Bayık, Duran Kalkan, Ali Haydar Kaytan and Mustafa Karasu needed to stop acting on behalf of the organization. The development of the Kurdish movement has from the start been the result of Abdullah Öcalan's unique efforts. Öcalan began the movement, developed it and empowered it. Therefore if they want to end this war, then it will only be done so by his hands. No matter what power they may have, there is no other leader in the PKK that could end the war. Even if he is behind bars, Abdullah Öcalan is still the only one who can do it."

IF CONDITIONS IMPROVE...: "The PKK's entire militant structure, including its leaders, has to follow Abdullah Öcalan. If his conditions in İmralı are improved then he will get results. It will happen under conditions of house arrest or in other conditions. After Öcalan left Syria, he issued an order for the Ankara group to not have a high stake. In other words, he wanted to bring on the group that was in favor of peace. However, it did not fruition because he was arrested."