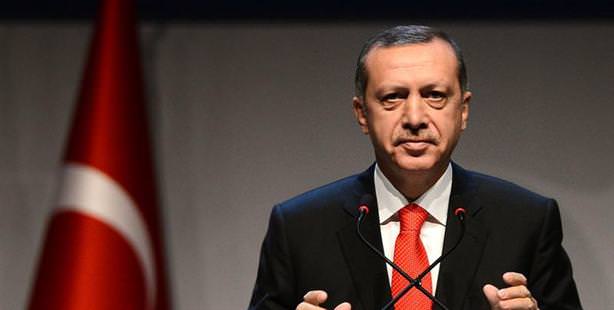 Prime Minister Tayyip Erdoğan rebuked the U.N. Security Council for inaction over Syria on Saturday as war intensified across the country, saying the world body of superpowers was repeating mistakes that led to massacres in Bosnia in the 1990s.

"The U.N. Security Council has not intervened in the human tragedy that has been going on in Syria for 20 months, despite all our efforts," Erdoğan told the İstanbul World Forum. "There's an attitude that encourages, gives the green light to Assad to kill tens or hundreds of people every day."

Erdoğan said a system which allowed one or two nations to block intervention in such a grave humanitarian crisis was inherently unjust, and that Syria would go down in history as a U.N. failure much like Bosnia in the 1990s.

"How sad is that the United Nations is as helpless today as it was 20 years ago when it watched the massacre of hundreds of thousands of people in the Balkans, Bosnia and Srebrenica," Erdoğan told the Istanbul conference.

Recep Tayyip Erdoğan told an international conference in Istanbul that the world was witnessing a humanitarian tragedy in Syria.

"If we wait for one or two of the permanent members ... then the future of Syria will be in danger," said Erdoğan, who called for a reform of the Security Council, which he called an "unequal, unfair system" that didn't represent the will of most countries.