Syria needs to establish dialogue with its own people first 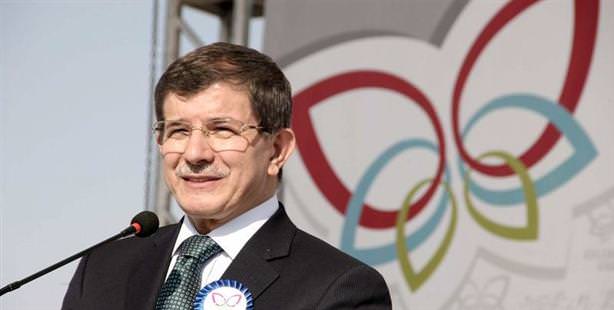 Speaking at a groundbreaking ceremony in Konya, Foreign Affairs Minister Ahmet Davutoğlu announced that Turkey has banned its airspace to Syrian military and civilian flights and stated that they have informed Syria of the decision.

When asked by journalists to comment on Syria's decision to close its air space to Turkish civilian planes, Davutoğlu said it was an announcement that had arrived late. Referring to the Syrian plane Turkey intercepted for carrying military cargo, Davutoğlu stated, "We had already made a decision that day to no longer allow even our civilian planes to fly over Syrian airspace. This decision was announced to the civil aviation department and all necessary measures were put in place. Therefore, this is a decision Turkey had already made. They may have just reaffirmed it."

"THIS ANNOUNCEMENT FROM THE SYRIAN ADMNISTRATION HOLDS NO SIGNIFICANCE FOR US."

Stating that the new decision to ban Syrian airplanes from Turkish territory was made on Saturday, Foreign Minister Davutoğlu stated: "From here on out, we will be closing our airspace, which is already closed to military flights, to now also be banned to Syrian civilian planes. The reason being, that civilian planes should be used for civilian flights. As we have confirmed that civilian flights were being misused to transport military material, the Turkish airspace will no longer be open to any flights that provide any sort of military support to a regime that is staging war against its own public. Therefore, the Syrian administration's most recent announcement has absolutely no significance for us."

Responding to a question on Russia's attempts to mediate dialogue between Syria and Turkey, Davutoğlu stated that Turkey had a continuous dialogue with Syria for ten years before this insurgency. Reminding that Turkey continued to maintain that dialogue even when the initial social movements in Syria began to take way, Foreign Minister Davutoğlu stated, "We continued to say the same thing for months; 'Establish dialogue with your public. If you are on friendly terms with your public, then we will be on friendly terms with you. What really matters is the Syrian public.' However, if you go and massacre your own people, leading to hundreds of thousands having to escape to Turkey and surrounding nations, then there is no reason we should be on friendly terms. A dialogue should only take place if it is meaningful. If the only reason for dialogue with the Syrian regime is an attempt to find some way to reinforce legitimacy, then there is no reason to do this.

Our call is for Syria to: "First and foremost find a way to establish dialogue with its own people. As long as Syria continues to refrain from making peace with the public, not allowing the public will to take precedence and shows absolute disrespect for its own people's lives; then opening the doors to dialogue is meaningless. The day they respect their public's demands will be the day our door will open."