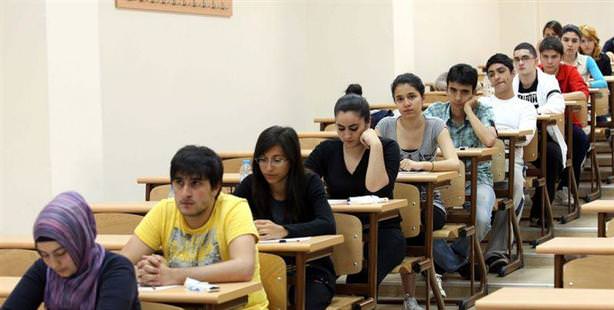 Meeting with Pearson International Learning Solutions President Peter Jackson in London after nearly two days of research and meetings, Prof. Demir stated that they are determined to continue improving testing systems in order to ensure fairness in exam-taking and to improve quality of assessment. The ÖSYM Chairman explains that therefore, they are now working with Pearson in order to establish an open-ended testing system. "We will be able to overcome the issue of cheating with this system. We are working on establishing a system not based on rote-learning but instead geared towards improving students' individual interpretative skills. We also want to ensure we will be able to implement a centralized evaluation of written exams," states Demir, emphasizing the importance of open-ended tests as a solution to combating cheating; events in which answers were leaked for profit have surfaced in the past in Turkey

HOW DOES THE SYSTEM WORK?

The "open-ended examination system", which is implemented in England as well as a number of other nations, utilizes a method where the answer is written in directly rather than through providing multiple-choice options. For written exams used by high schools and universities in England and the United States, Pearson's uses an automated Knowledge Analysis Technology (KAT) computer program to determine results. The KAT engine is capable of identifying and measuring a variety of criteria including semantics, word usage and can even assess the quality of critical thinking. Open-ended questions also help improve test-takers' abilities in critical thinking, making decisions and problem-solving. According to a report from Pearson, a majority of the time the computer program provides better results than human analysis.

An ÖSYM official who released a statement regarding the meetings held by Chairman Ali Demir in London, also stated that the foreign language exam was discussed as a priority for the new system. According to Alparslan Alemdar, General Manager for Uğur Dershaneleri, "With the numbers of students reaching the millions, evaluating answers in an open-ended question format will be the biggest challenge. For example it would be virtually impossible to conduct the Transition to Higher Education Examination (YGS) in an open-ended question format. That may be the reason why the ministry is currently considering offering a matriculation exam rather than the YGS. The open-ended question system is actually the well-known classic test format. Test-takers are required to solve or respond to the question on their own, without having to select a multiple-choice option."

This is a translation of an article originally written by Ragip Soylu.