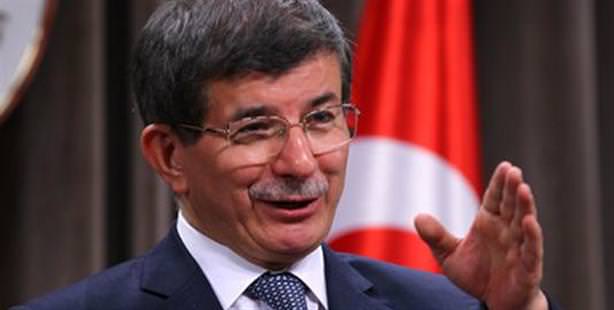 While Davutoğlu called for a ceasefire in Syria during the Eid al-Adha from Turkey, at the same time UN and Arab League Special Envoy to Syria Lakhmar Brahimi went to Damascus to lay the proposal on the table.

The announcement made by Minister of Foreign Affairs Ahmet Davutoğlu on Friday comes after Prime Minister Tayyip Erdoğan and Iranian President Mahmoud Ahmadinejad reached an agreement in principle to support a ceasefire of all sides in Syria during next week's Eid al-Adha. Meanwhile, at the exact same time yesterday, Special envoy to Syria Lakhmar Brahimi was headed to Damascus to discuss the very same plan.

Speaking at the Foreign Ministry, Davutoğlu stated, "It is impertinent that the Syrian regime, which has been bombing its own people with planes and most recently helicopters, put an immediate and unconditional halt to these attacks.

Let us hope that the Syrian regime will heed this call from the international community and will stop the attacks during EId al-Adha. At the same time, we are also requesting and expecting the opposition to adhere to a cease-fire in the same manner."

The aim for a ceasefire during the upcoming Islamic holiday was first discussed last week during UN and Arab League Special Envoy Lakhmar Brahimi's trip to Istanbul. Explaining that both the Arab League and Iran supported Turkey's proposal, Davutoğlu went on to state: "The situation will gain clarity according to Brahimi's meetings in Syria. On behalf of the Turkish government, I want to call on all of the conflicted sides to agree to a ceasefire during the Eid al-Adha, however if possible for even longer."

Davutoğlu also addressed the international community, stating that Turkey officially requests that all of the necessary steps be taken to ensure a ceasefire.

Davutoğlu assured that Turkey will be delivering additional food and medicine supplies during the Eid al-Adha and said, "We are going to try to ease the pain of our brothers in Syria."

Meanwhile, Victoria Nuland, Spokesman for the United States Department of State, was asked to comment on Turkey's efforts to establish a ceasefire in Syria during a daily press briefing yesterday to which she responded that the U.S. is conducting close bilateral negotiations with Turkey on the matter.
72 more Syrian soldiers seek refuge in Turkey

Soldiers are continuing to defect from the Assad regime's forces. Most recently 72 members of the Syrian military, including one general and their families, bringing the number up to 123, sought shelter in a village in Hatay's Reyhanlı district. Later, the Syrian soldiers and their families were taken to the Apaydın Camp. Meanwhile an additional 5,000 Syrians, including women and children, are waiting in the Reyhanlı district to be situated in Turkey.