'May peace come to Syria' 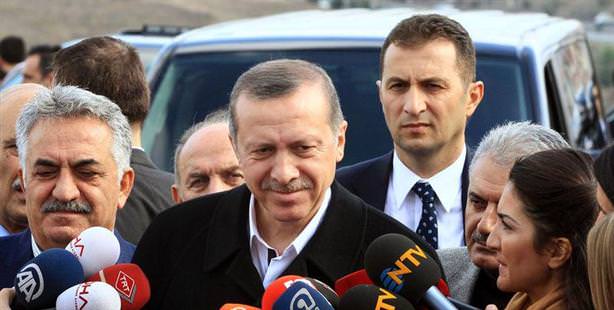 Sending his best wishes for the Eid al-Adha, also known as the Feast of Sacrifice, Prime Minister Erdoğan discussed the situation in Syria and hopes for a possible ceasefire.

"My wish to God is that this Feast of Sacrifice holiday brings peace, love and brotherhood to our state, nation and the entire Islamic world," stated Erdoğan.

Commenting on the situation in Syria, Prime Minister Recep Tayyip Erdoğan stated, "There is a continuous stream of elements disrupting our nation and the region in general; whether it be our internal fight against terrorism, or whether it be the suffering incurred by our brothers in neighboring Syria. Our wish is for these issues to come to an end as soon as possible in order for our country and the region to obtain peace."

Commenting on the issue of Syria agreeing to a ceasefire during the Eid al-Adha, Prime Minister Erdoğan stated, "During the economic summit in Baku, as Turkey and Iran we simultaneously called on Bashar al-Assad and the opposition forces to announce a ceasefire during the Eid al-Adha at the very least, sending the message, 'We care about the death of even just one person. So, if we can have one less person die on that day then even that will be a great victory for mankind.' Our wish is for this message to ring true," stated Erdoğan.

Prime Minister Erdoğan went on to state, "The special U.N. and Syria envoy (Lakhdar Brahimi) also made attempts to this effect. Hopefully this has had results. As far as what I heard last night, it seems things were going in this direction. Bashar al-Assad also made an announcement himself, stating that he would agree to a ceasefire."

But they warned they would respond to any rebel attacks, or moves to exploit the truce to reinforce or resupply insurgents who are battling Assad's forces, including in Syria's biggest city Aleppo, and have seized swathes of territory from his grip.

A commander from the rebel Free Syrian Army said his fighters would also honour the ceasefire but demanded Assad meet rebel demands for the release of thousands of detainees.