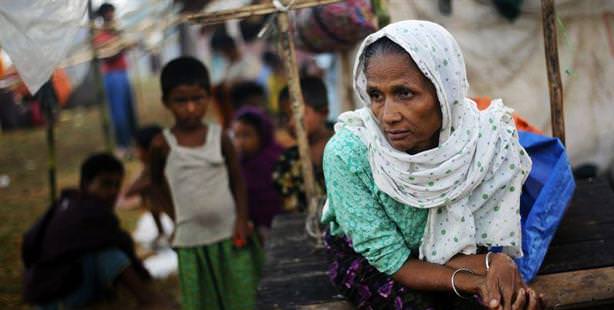 As of yesterday, the Prime Ministry Disaster and Emergency Management Directorate (AFAD) had collected a total of 97 million, 695 thousand and 710 Turkish liras in an aid campaign for Myanmar.

The announcement released by AFAD thanked those establishments, foundations and philanthropists who have donated to assist the Rohingya Muslims residing in the Rhakine region who are suffering from ethnic slaughter and poverty due to the internal strife in Myanmar.

The announcement states that the aid campaign started by the Prime Ministry, AFAD, the Directorate of Religious Affairs and Turkish Red Crescent had collected 93,695,710 Turkish liras as of yesterday for Myanmar.