'We are not a snowball, we are an avalanche' 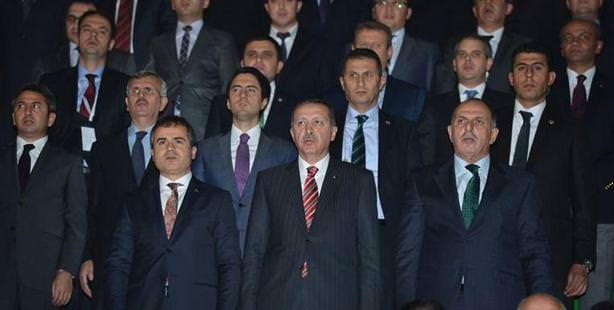 Addressing the nation’s youth at an opening ceremony for 53 student dormitories, Prime Minister Erdoğan emphasized that Turkey is headed towards becoming a regional power.

During an address for the opening of 53 student dormitories throughout Turkey, Prime Minister Tayyip Erdoğan spoke out against arson at schools, calling on the BDP to choose between the parliament or Kandil.

Addressing 7,500 students in Ankara, Erdoğan stated, "Those who are trying to trip Turkey up on their path to become a global power are doing so in vain. We are not a snowball anymore; we have now become an avalanche."

During his speech, Erdoğan delivered the following messages:

"We made education our top priority along with health, justice and security. We have made a strong effort to establish a strong infrastructure for Turkey's education system spanning from primary school to university education.

In 2002, the education budget was 7.5 billion dollars; in 2012, we that figure increased by 425 percent to reach over 39 billion dollars. The budget designated for higher education is not included in that figure. We have opened 6,326 new educational establishments. We have gained 181,000 new classrooms in elementary and middle schools throughout the country. We have offered them top of the line equipment. We have added 14,000 additional laboratories to the previous 19,000 bringing the total number of school laboratories throughout the country to 33,000. We have opened up 92 universities over the past ten years. We were also the ones to abolish the 142 year-old education fee. Internet will be offered free of charge to all dormitories. The newly built dormitories cost 882 million liras.

Erdoğan went on to state that their investments in education have been evenly distributed throughout the nation, with no preferences given to any region. The prime minister went on to state, "Our 2023 goal should not be all that our youth envision. Hopefully, the generation to follow will grow up with a vision for 2071." In 1071 Alparslan led the Seljuk Turks in a victory against the Byzantine Empire which led the way to the Turkification of Anatolia. "Hopefully the new generations will use the light lit by Alparslan in 1071 to build a new future for themselves and 2023, will become the year those seeds were planted," stated Erdoğan.

"PKK sympathizers continue to set schools in fire. A university was set on fire and destroyed in Hakkari while an elementary school in the same province was set on fire three times. They are doing the same thing in Şırnak and Batman. What do these people have to do with education? They kidnap teachers and threaten students' lives with arson. Here we are trying to ensure our education system is top notch. However, there is no way that freedom can exist where fear does."

In 2023, Turkey will have become one of the world's top ten economies. Those who are trying to trip Turkey up on their path to become a global power are doing so in vain. We are not a snowball anymore; we have now become an avalanche."