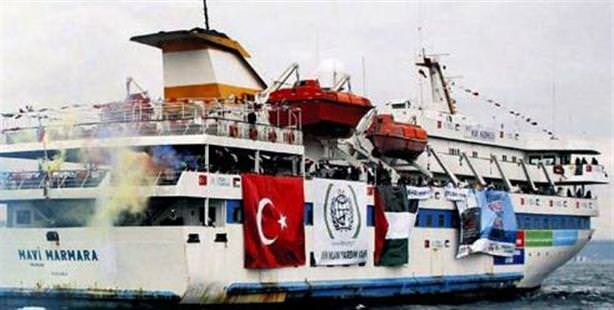 The trial for the Israeli military raid on the Mavi Marmara aid flotilla headed for Gaza, which resulted in the deaths of nine Turks, begins tomorrow in Istanbul. The Turkish bar association will be assigning attorneys to defend the Israeli commanders in the trial to which Israel has not yet responded to.

The first hearing for a trial against the Israeli military commanders responsible for orchestrating the attack on the Mavi Marmara Gaza aid flotilla takes place tomorrow at the Istanbul Court of Justice; 30 months and six days after the raid killed nine on board.

Israel has dismissed the case opened against their top commanders by Turkey's Ministry of Foreign Affairs and Ministry of Justice. The court has since requested the Istanbul Bar Association send attorneys in order to represent the defense. The first attorney assigned by the bar was for Air Forces Intelligence head Avishai Levi.

On May 31st, 2010, Israeli armed forces staged a violent raid on the Mavi Marmara ship as well as others in the aid flotilla transporting humanitarian aid to Gaza in international waters. Journalist Cevdet Kılıçlar and eight other volunteers: Furkan Doğan, İbrahim Bilgen, Necdet Yıldırım, Fahri Yaldız, Ali Haydar Bengi, Cengiz Akyüz, Çetin Topçuoğlu and Cengiz Songür were killed in the attack. Over 50 peace activists were wounded.

This is a translation of an article originally written by Ali Oktay.