As life gets harder along the Turkish-Syrian border 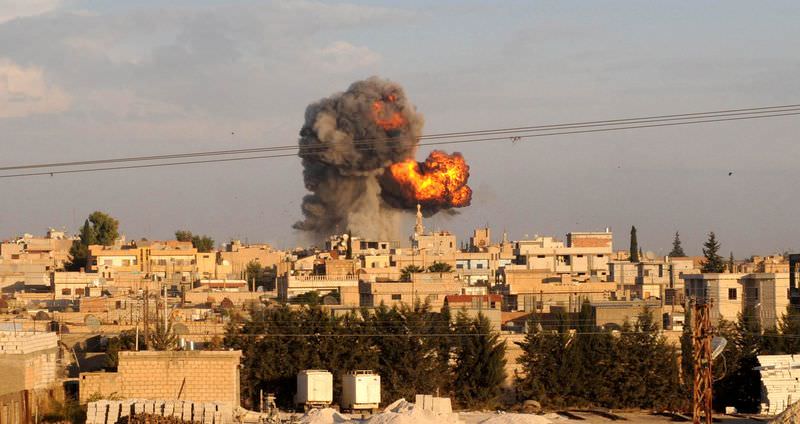 Life in the southern Turkish town of Ceylanpınar located along the border with the war in Syria, is determined daily by the announcements made of impending bombs being dropped by Syria. Schools have been out for days and half of the local population has flown the region.

Announcements made over loudspeakers telling locals to prepare themselves for an air assault by Syrian forces, to stay clear of the border and to stay indoors, have now become a regular part of daily life for those in Ceylanpınar.

Just a few hours after we entered the county, true enough an air strike began and Syrian jets were bombing Rasulayn. Five bombs were released from two Syrian warplanes, and the smoke released was visible to the eye.

The only thing that can be said is that life in Ceylanpınar, which is divided by the Syrian town of Rasulayn by train tracks, is now determined by the war across the border. Schools have been out for days, civil servants are leaving the county and 50 percent of the population has deserted the district where life is now determined according to the war next door.

Announcements are made by local authorities numerous times throughout the day warning people to stay inside. Paying no heed to the warnings, locals are lining up to watch the live battle unfold before their very eyes as if it was a move theater. A number however, are taking turns waiting anxiously at the border to hear news of their relatives on the other side.

CHILDREN ARE UNABLE TO SLEEP

We reached the district at around noon yesterday. It was just about that time that Assad's forces began to stage another bombardment on Rasulayn. While the wounded members of the Free Syrian Army were carried across the border to be taken to the Ceylanpinar State Hospital to receive treatment, activity along the border continued for hours. Just 50 meters away, Free Syrian Army militants could be seen running back and forth from their trenches in what was reminiscent of a war film.

While all of this is transpiring, locals are trying to find the best "spots" in parks and gardens to watch as the war unfolds live before their very eyes. We spoke to locals who said that although they supported the opposition, the fact that the war is transpiring so close to home has disturbed them psychologically. They especially brought up the effects it is having on the children and how they can't seem to get to sleep at night.

While we looked around for a high building to shoot from, we saw one home owner just ten meters away from the border who was carrying a suitcase as he locked up his doors. We asked the Ceylanpınar resident if we could shoot from his balcony and he obliged us allowing us to shoot the footage we have used for this article. Our helpful home owner then locked up and departed to join his children and wife who he had sent to Mardın unawares as to when he would ever return.

SOLDIERS WARN, BUT NO ONE LISTENS…

With the exception of the state hospital, all other official establishments in the border town of Ceylanpınar have literally stopped operating, with schools to remain closed for the next three days. The local public have quite literally become experts on war and are easily able to differentiate the sounds of shots from a Kalashnikov to those from antiaircraft missiles. Meanwhile, because most are also playing host to Syrian refugees, they are very closely familiar with what the Syrian public is going through. In addition to the camp cities, 5,000 Syrians are also staying in homes throughout the county. Legends have already begun to circulate regarding the Free Syrian Militants as talk is rampant about two female fighters who are wielding Kanas-make weapons.