Turkey to send aid to Gaza through Rafah border crossing 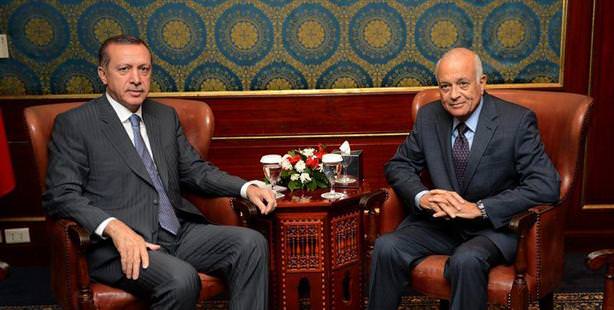 With Morsi’s announcement that the Rafah border crossing has been opened indefinitely, Turkey has decided to provide medical aid through this point of entry.

During Prime Minister Tayyip Erdoğan's trip to Egypt, Cairo became the scene of intense diplomacy traffic to deal with the situation in Gaza.

During Erdoğan's meeting with Qatari Emir al-Thanis, which was held on the 29th floor of the Four Seasons Hotel where Erdoğan stayed in Egypt, the two discussed Israel's attacks on Gaza as well as the ongoing conflict in Syria. Erdoğan heard out al-Thani's impression of Gaza, where he recently visited pledging a 234 million dollar investment. During the meeting, the two decided to work together in order to secure a ceasefire between Israel and Hamas in order to put an end to the bloodshed.

While Erdoğan was speaking with al-Thani in his hotel, Egyptian President Mohamed Morsi met with Hamas leader Khaled Meshal to relay the decisions reached with Prime Minister Erdoğan during their meeting the day prior. The day before yesterday, Morsi also met with Qatar Emir al-Thani to discuss the Gaza issue.

Prime Minister Erdoğan has supposedly requested nations such as the United States provide a guarantee that Israel will halt attacks in order to ensure Hamas partakes in a ceasefire.

Egyptian President Mohamed Morsi has supposedly shared with Erdoğan that the Rafah border crossing has been opened never to be closed again. According to Prime Ministry sources, Turkey will be conducting a majority of their aid delivered to Gaza through the Rafah entry. The majority of aid to Gaza will consist if medical supplies to be purchased from Egypt and sent to Gaza via the Rafah border.

After delivering an address at the Turkey-Egypt Business Forum yesterday, Prime Minister Erdoğan met with Arab League Secretary General Nabil Elaraby for approximately 40 minutes. Prime Minister Erdoğan also met with Hanas Political Bureau leader Khaled Meshal while in Egypt. Speaking with journalists following the series of meetings held by the Prime Minister, Erdoğan stated that if a ceasefire is secured then Arab League Foreign Ministers will be headed for Gaza in a committee including Foreign Affairs Minister Ahmet Davutoğlu.