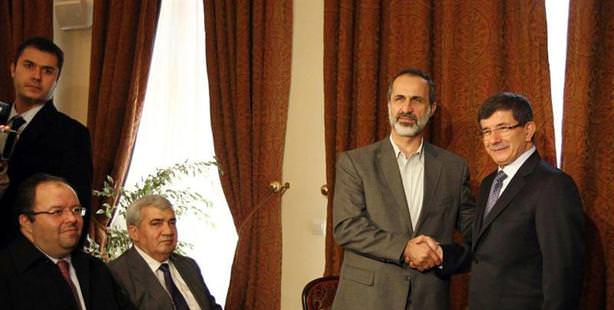 Speaking following the meeting, Davutoğlu announced that the newly formed Syrian opposition umbrella group will be opening a representative office in Istanbul.

"We will recognize the appointed office director as a representative of the Syrian public and will be in constant contact."

Expressing that they want to build their future together with Turkey, Syrian National Coalition for Opposition and Revolutionary Forces President Ahmad Moaz al-Khatib stated, "We want to see the type of civilized cooperation that could be exemplary for the world."

The Syrian National Coalition for Opposition and Revolutionary Forces was pleased with Foreign Minister Davutoğlu's attendance of their political representative appointment ceremony. Khatib and his accompanying committee were later hosted by President Abdullah Gul at the Çankaya Palace. Gül was briefed by committee members on the situation in Syria.