NATO missiles will be returned when risks disappear 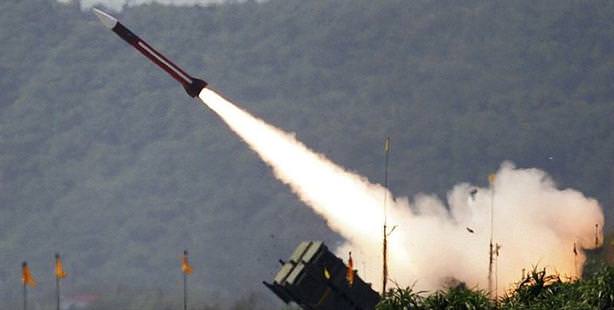 Foreign Minister Davutoğlu calls the reactions to Turkey’s air defense system request from NATO ‘unjust’ and states, “The Patriots will be sent back when the risks to Turkey's security disappear."

Foreign Affairs Minister Ahmet Davutoğlu remarked on what he referred to as the 'unjust' reactions and concerns which surfaced in response to Turkey's request to NATO for the Patriot system by stating, "These systems are solely defensive mechanisms, and will not become active unless there is a direct threat to our country's security."

Foreign Minister Davutoğlu was responding to questions from the press on CNN Turk, when he mentioned the varied criticism which has surfaced from a number of nations, including Russia and Iran following Turkey's request for NATO Patriots to be stationed along the border. Turkey submitted a request to NATO for the Patriot defensive missile defense system, which is designed to intercept aircraft or missiles, last week after talks about how to shore up security on its 900-km border with Syria.

"We see no reason that would justify these concerns and reactions. These systems are solely defensive mechanisms. Even if there is just a one percent or five percent chance, when it comes to national security, our government is obligated to take all precautionary measures.

The aim of this action is to protect Turkey's borders as much as possible at a time of crisis. The Patriots will be sent back when the risks to Turkey's security disappear," stated Davutoğlu

Davutoğlu also remarked on Palestine's bid to the United Nations to seek non-member observer status and said he may attend this Thursday's U.N. General Assembly meeting in New York. "If Palestine's appeal process has been completed by that time, myself and a significant number of fellow minister colleagues will be there in a show of support."

Iran: Tension will intensify in the region

Iranian Parliament Speaker Ali Larijani has stated that the placement of the Patriot defense system along Turkey's border with Syria will only intensify the tension in the region. Larijani was speaking to the Iranian state news agency IRNA upon his return from a trip to Syria, Lebanon and Turkey on Saturday evening when he stated, "The installation of such systems in the region has negative effects and will intensify problems in the region."

Ramin Mehmanparast, Iran's foreign ministry spokesman, told the Iranian Students' News Agency (ISNA) on Sunday that deploying the Patriot system "will not only not help solve the situation in Syria, it will actually make the situation more difficult and complicated as well".

Syria has called Turkey's request for the Patriot missiles "provocative", and Russia said the move could increase risks in the conflict.