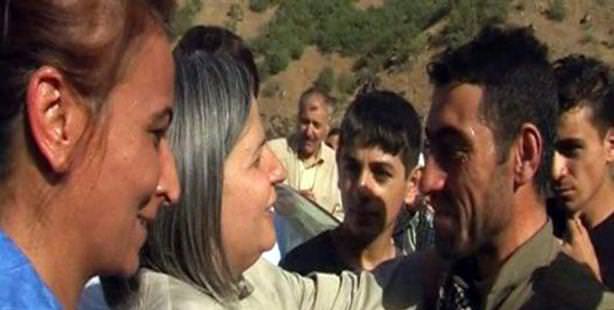 The Prime Ministry has prepared a motion to divest a number of BDP deputies of their parliamentary immunity which was submitted to the parliament yesterday.

Following Prime Minister's Tayyip Erdoğan's declaration of intent to lift the immunities of nine deputies from the Peace and Democracy Party (BDP) and one independent parliamentarian, a summary of proceedings was prepared by prosecutors and submitted to the Parliament Constitutional Commission by the Prime Ministry yesterday. The motion requests the lifting of the immunity of ten Kurdish MPs, who were accused of militant links after they were filmed in August embracing PKK terrorists, rifles slung over their shoulders, in images taken at a road block in Hakkari which provoked public outrage. The deputies for which immunity is sought are BDP Co-Chair Gültan Kışanak, BDP Group Deputy Chairman İdris Baluken, Van Deputy Aysel Tuğluk, Hakkâri deputies Adil Kurt and Esat Canan, Istanbul Deputy Sebahat Tuncel, Van Deputy Nazmi Gür, Bitlis Deputy Hüsamettin Zenderlioğlu, Ağrı Deputy Halil Aksoy and Mersin Deputy Ertuğrul Kürkçü.
Kurdish members of parliament have been the subject of frequent investigations, with hundreds of cases accusing them of terrorist links, but are protected from prosecution while they are in office, unless the assembly votes otherwise.

Prime Minister Tayyip Erdoğan said on Monday he favored lifting their immunity, and on Tuesday his office forwarded a request from state prosecutors to parliament seeking permission to investigate the 10 deputies. All but one are members of the Kurdish nationalist opposition party BDP, which has 29 of 550 seats in parliament. If prosecutors are allowed to proceed, the charges they would face could carry jail sentences of five-10 years.

Reacting to the motion, Kışanak stated, "We were not born with the shield of immunity. If Mr. Prime Minister had said he would be researching the Basque model during his trip to Spain, it would have been much more beneficial."

Mardin Independent Deputy Ahmet Türk said, "There is no need for threats, you are welcome to lift immunity. During the Çiller era we lost our position as parliamentarians and were sent to jail."

Burhan Kuzu, head of the Parliamentary Constitutional Commission which is responsible for evaluating the request to lift immunity, commented on the parliamentarians, which he says have 660 cases in their names as being ,"lawless".

A green light from the opposition…

Commenting on the development, main opposition party CHP Chairman Kemal Kılıçdaroğlu stated, "Let all immunities be lifted with the exception of immunity on the pulpit. Those responsible for corruption or theft have no business being in Turkey's Grand National Assembly."

This is a translation of an article originally written by Hazal Ateş and Ersan Atar.