A new trend in the Mid-East: Mustache implants 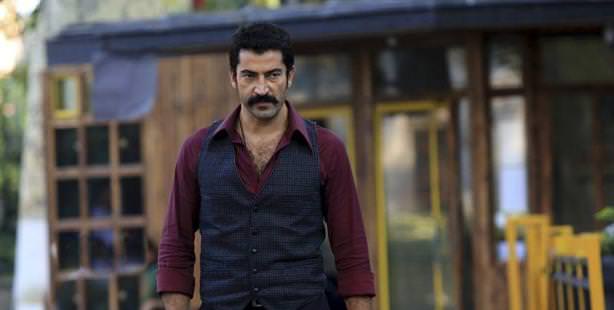 CNN recently released a report on a Turkish plastic surgeon Selahattin Tulunay, who with his success in mustache implant operations which are especially popular with Middle Eastern men has, in essence opened the door to “mustache tourism” in Turkey.

Tulunay explains that in the Middle East, Turkish television series are extremely popular; therefore, "they have some celebrities as role models."

"Thick, handsome mustaches have long been prized by men throughout the Middle East as symbols of masculine virility, wisdom and maturity. But not all mustaches are created equal, and in recent years, increasing numbers of Middle Eastern men have been going under the knife to attain the perfect specimen. Turkish plastic surgeon Selahattin Tulunay says the number of mustache implants he performs has boomed in the last few years," writes CNN.

The article, written by Tim Hume for CNN International and entitled Mideast men go under knife for manly mustaches, gave wide mention to surgeon Selahattin Tulunay for his success in mustache implants using follicular unit extraction, a new trend which is fast on the rise amongst Middle Eastern men.

AN ERROR IN THE CNN ARTICLE

The article, which quotes Tulunay as stating, "For some men who look young and junior, they think (a mustache) is a must to look senior ... more professional and wise," he said. "They think it is prestigious." When Tulunay answered our questions on the subject, he pointed out that the article also writes that he performs 50-60 procedures a month. "There is a mistake there. It takes four hours to conduct a mustache implant on one person. A beard takes eight hours. In other words, we are only able to do five or six mustache or beard implants a month," explains Tulunay.

The CNN article also mentions the Paris-based doctor Pierre Bouhanna as another surgeon who has been performing increasing numbers of mustache implants. Bouhanna says, "A majority of our patients are from the United Arab Emirates, Lebanon and Turkey." Bouhanna explains that patients are able to fly home the next day and shower; however they have to abstain from shaving for 15 days and can expect to see full results in six months. Bouhanna says the procedure costs around 7,000 dollars.

Andrew Hammond, a Saudi Arabia-based popular culture writer also spoke with CNN, stating that it was quite normal for Middle Eastern men to want to have mustache implants. "Having a mustache was always a big thing, ever since the Ottoman time," he said. "Most Arab leaders have mustaches, or some form of facial hair. I think culturally it suggests masculinity, wisdom and experience. "

Christa Salamandra, an anthropology professor at City University, also discussed the significance of the mustache deemed a symbol of high social status which figured heavily in matters of personal honor in the Middle East and explained that in sayings and folk tales men "swore on their mustache."

The article also mentions that in Turkey, different mustache styles carry their own political significance and cites Prime Minister Recep Tayyip Erdoğan and the two prime ministers that preceded him as also sporting influential mustaches.

'PATIENTS ARE GENERALLY BETWEEN THE AGES OF 30 AND 50'

Tulunay points out that men tend to not suffer hair loss in the area of located in the back between the two ears. "We take strands of hair from this area and implant then one by one in the mustache region. Of course, before we do this process we have to open up each of the follicles.

From the Middle East our patients mainly come from Northern Iraq, Saudi Arabia and Libya. The reason they choose to do the procedure here is due to our advanced technique of follicular mustache and beard implants which have reaped extremely successful results. Turkish television series are extremely popular in the Middle East. A lot of people consider Turkish celebrities to be role models. The majority of our patients range between the ages of 30 and 50," states Tulunay.

This is a translation of an article originally written by Selcuk Eren.