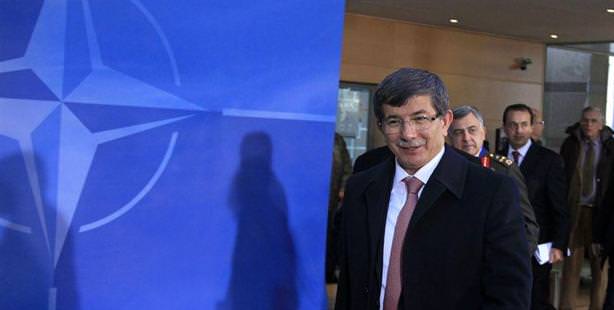 NATO foreign ministers have agreed to Turkey's request for Patriot anti-missile batteries to defend the country against possible airstrikes from neighboring Syria.

The decision came during the first of two days of meetings at alliance headquarters in Brussels, with ministers saying the goal is to "defend the population and territory of Turkey and contribute to the de-escalation of the crisis along the alliance's border."

NATO Secretary General Anders Fogh Rasmussen described the situation along Turkey's southeast border with Syria as one of "grave concern," adding that NATO stands in full solidarity with Turkey.

The Patriot missiles are expected to be supplied by the United States, Germany and the Netherlands and would remain under the operational command of the alliance's supreme allied commander for Europe.

The decision comes as the civil war in Syria intensifies and amid new concerns in Washington over the status of the Syrian government's stocks of chemical and biological weapons. In recent weeks, Syrian rockets and shells have landed on the Turkish side of the border, killing several people, a development that Defense Secretary Leon E. Panetta has said raises concerns that the Syrian conflict could spill over into other countries in the region.

The Turkish government has supported Syria's opposition, and as an alliance member had requested that NATO provide the U.S.-built Patriot air defense system to deter further threats to its territory. NATO officials stress that use of the missiles will be purely defensive. Rasmussen emphasized that the system will in no way be used to support a no-fly zone over Syria, as some have proposed.

NATO's decision to approve Turkey's request comes a day after the United States said it was growing increasingly concerned that Syrian President Bashar Assad's regime might be considering using its stocks of chemical weapons against its own people. Yesterday, President Barack Obama issued a direct warning to the Syrian leader that any use of chemical or biological weapons would be unacceptable.

"There will be consequences, and you will be held accountable," Obama said.
Last Update: Dec 05, 2012 1:47 am
RELATED TOPICS