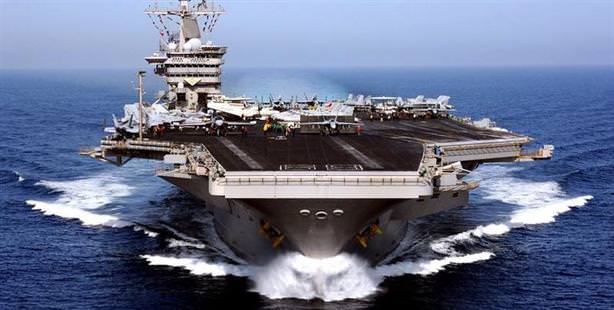 The USS Dwight D. Eisenhower, the United States’ largest aircraft carrier, has been dispatched to the Mediterranean and positioned in the coastal region between Turkey and Syria, in order to provide full protection for the latter, which will also be stationing Patriot air and defense missiles along the border.

A few days ago, the USS Dwight D. Eisenhower vessel, which operates in the Eastern Mediterranean, anchored off of the coast of Syria.

The vessel contains Aegis missile interceptors capable of traversing the atmosphere; it has 8,000 personnel as well as an integrated defense system capable of protecting Turkey from any potential Syrian chemical or nuclear weapons threat. The ship also contains a landing platform dock with the capacity to hold 70 warplanes.