“Turkey’s EU accession process will be more positive this year” 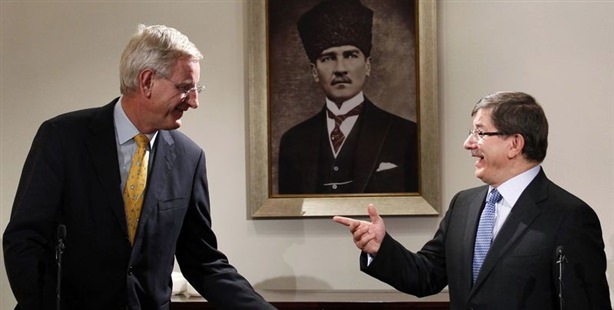 Swedish Foreign Minister Carl Bildt was commenting on the EU meeting of Foreign Affairs Ministers in the Belgium capital of Brussels when he released a statement on his Twitter account, which read, "We will have more positive conclusions on Turkey's EU accession process this year than we have had for several years. Important at this time."

Bildt noted that after delays due to other issues in Europe, they have finally begun discussions on enlargement issues.

In another Twitter release, Bildt stated, "We are convinced that a wider EU is a stronger and more relevant Europe in the world. Also key to our contribution to our peace."

The EU Foreign Ministers Meeting final declaration will be presented at the EU Summit to be held on December 13th-14th.