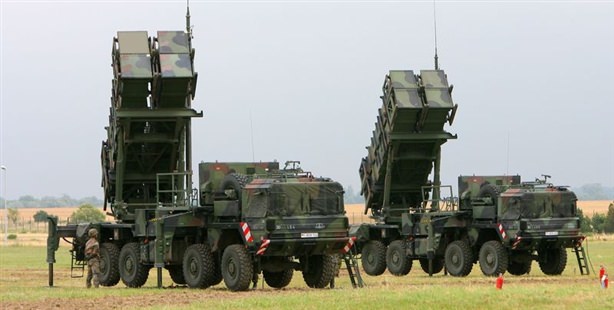 NATO has released a press statement officially announcing the locations where the Patriot anti-missile systems will be stationed in Turkey.

The press release states that the decision was made in coordination with Turkey, the Netherlands, Germany and the United States, the latter three of which will provide two Patriot battery systems each that will be stationed within the next few weeks. The statement also emphasizes that the deployment is solely for defensive purposes and is not part of a no-fly zone or any offensive operation.

Prime Minister Tayyip Erdoğan said on Friday Patriot missiles being sent by NATO members to bolster Turkey's defenses against a possible missile attack from Syria will be deployed near the southeastern cities of Adana, Gaziantep and Kahramanmaraş.

"We made our application to NATO and they gave us six batteries and they will be deployed in Gaziantep, Kahramanmaraş and Adana," Erdoğan told broadcaster NTV in a live interview.

The United States, the Netherlands and Germany have agreed to send two missile batteries each to Turkey along with around 400 troops from each country to operate the systems which are designed to intercept missiles or aircraft.

While some foreign troops have already started arriving in Turkey with some equipment, the Patriot batteries will not arrive until early next month, with the missiles expected to be fully functional by the end of January. Each truck-mounted Patriot battery consists of a command post, a radar to track incoming missiles, and up to eight launchers with up to eight Patriot missiles each.

The system can simultaneously track 50 targets and shoot down five. It takes about 85 soldiers to work one battery plus logistical support.