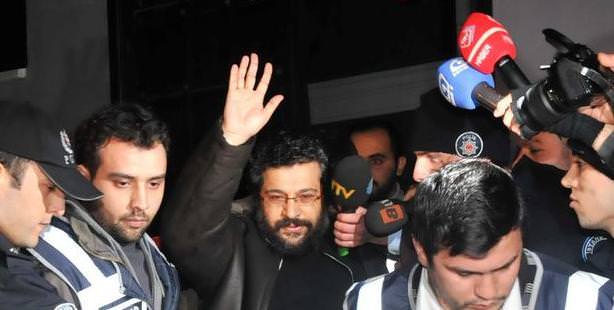 Today the court met with suspects Ahmet Şık and Nedim Şener as well as Soner Yalçın, Yalçın Küçük and Hanefi Avcı who were custody pending trial for the 15th hearing of the OdaTv case. During the hearing the court ruled to release journalist Soner Yalçın based on the time he has already served. Journalist Yalçın Küçük and former Police Chief Hanefi Avcı remain in custody.

In an announcement in defense of the suspects, it was stated that Soner Yalçın, who was being tried in custody, was receiving death threats from the very organization he is being charged with belonging to.
One of the Ankara Journalists Organization directors Ümit Kurtulan states that the legitimacy of the case is being overshadowed by fraudulent evidence. Kurtalan explained that throughout his life Soner Yalçın always pursued unveiling illegal organizations and unsolved murders. "Soner Yalçın is receiving death threats from the very organization he uncovered and is being charged with being a member of," states Kurtalan.

Fellow journalist Yalçın Küçük, who was not released from custody, stated that the PKK, Ergenekon, Oda TV and CHP are all being orchestrated.

Soner Yalçın stated that there was a front of evil in Turkey right now which is targeting Prime Minister Recep Tayyip Erdoğan. Drawing on the discovery of the wire tap in the premier's office, Yalçın stated, "Yes, we know these ringleaders. They have staged a conspiracy against us because we wrote about them. They downloaded virus-infected Word files on our computer to get us thrown into jail."
Last Update: Dec 27, 2012 8:29 pm
RELATED TOPICS