“Assad misleads by referring to opponents as terrorists” 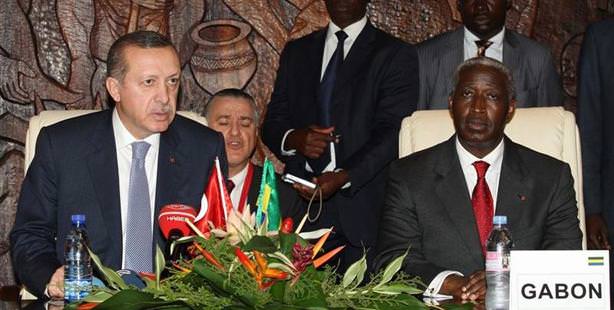 Speaking from Gabon, Prime Minister Erdoğan commented on Assad’s recent proposal by stating, “He is being misleading by referring to his opponents as “al-Qaeda” or terrorists.”

Speaking from Gabon, Prime Minister Tayyip Erdoğan responded to Syrian President Bashar al-Assad accusing the opposition of terrorism during his first speech in seven months in which he proposed a roadmap to end the conflict.

"He is misleading the objective by referring to his opponents as al Qaeda or terrorists," stated Erdoğan who addressed Assad by stating, "You are committing state terrorism." Speaking during a press conference with his Gabonese counterpart Raymond Ndong Sima, Prime Minister Erdoğan stated, "There is just one solution and that is to respect the public's will."

* ASSAD IS BEING MISLEADING: (In response to the speech delivered by Assad the day prior.) "At present, Assad is in the position of being a person who is using force to try to remain standing. He will continue his persecution. At this point, it is no longer possible to consider the proposals of someone who kills his own citizens with bombs and planes as being very democratic. He is attempting to mislead the objective by referring to his opponents as al Qaeda or terrorists."

* HE IS COMMITTING STATE TERRORISM: "Right now Assad is committing state terror. As a result of this state terror, 50,000 people have been killed. Nearly 600,000 people have fled Syria. Two and a half million people in Syria have had to abandon their homes. Is this something a democratic person does? No, this is being done by someone who is committing state terrorism. Who could believe in this man and return after having fled Syria? Who could possibly believe his statements made directed at democracy? The Syrian National Coalition has now been recognized by over 100 countries throughout the world. I wonder how many countries remain that recognize Assad? There is just one solution for Bashar and that is to respect the will of the Syrian public and to adhere to whatever the people want."

CONDOLENCES FOR KOZLU
Prime Minister Erdoğan also offered his condolences for the eight miners killed in an explosion in a mine in Kozlu, Zonguldak. "The news coming in is that eight of our citizens have passed. I hope for God's compassion and mercy for them and patience for their loved ones and our citizens."

This is a translation of an article originally written by Yahya Bostan?