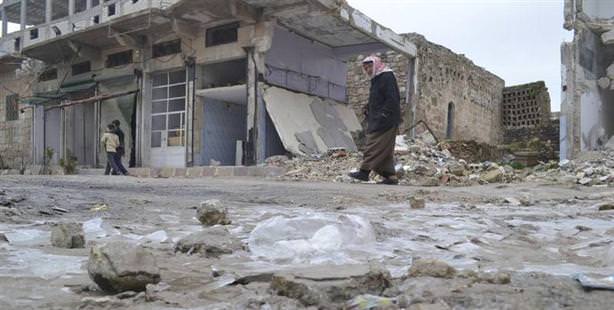 The initial diplomatic deliberations on seeking a joint solution to the situation in Syria as agreed upon by Prime Minister Erdoğan and Russian President Putin have failed to reap results. Turkish Foreign Ministry Undersecretary Feridun Sinirlioğlu has returned from Moscow after no further advancement on the agreement was made. Ankara is accusing Russia of being “unrealistic.”

Turkey and Russia have failed to reach an agreement once again on establishing a solution to end the crisis in Syria. While Russia maintains their insistence Assad remain in power through the transitional period, Turkey continues to defend their insistence on an Assad-free transition.

Foreign Affairs Ministry Undersecretary Feridun Sinirlioğlu was unable to reach a consensus in Moscow after a two-day series of meetings. This conclusion was officially announced by Ankara yesterday after the meeting between U.S. Deputy Secretary of State William Burns and Russian Deputy Foreign Minister Mikhail Bogdanov in Geneva failed to reach the desired end. Ankara feels Russia is being "unrealistic" in their unwavering stance.

Sinirlioğlu met with Bogdanov in Moscow on January 9th and 10th. During these meetings, Sinirlioğlu presented a road map for a swift transition period in Syria which foresees elections being held within three to six months' time. The meeting in Geneva was closely followed upon Sinirlioğlu's return to Ankara. An official announcement was released by the Foreign Ministry on Sinirlioğlu's meetings in Moscow as soon as he spoke with Burns and his team and it was made apparent the prospects of reaching a compromise in Geneva were dim.

The Foreign Ministry announcement states, "In order to resolve the division of views on the Geneva Agreement, the importance was emphasized of eliminating all obstacles to a transition period which will allow for political change in Syria as soon as possible in order for the bloodshed to come to an end. Accordingly, the necessity for current efforts on a solution to be conducted based on a realistic foundation which draws on the expectations of the Syrian people was pointed out."
The second meeting is in Washington

After his series of meetings in Russia, Undersecretary Sinirlioğlu will be departing for the U.S. next week. During Sinirlioğlu's trip to Washington, the prospects derived from the Geneva summit which convened to discuss an anti-militaristic solution to establishing a political compromise in Syria will be discussed.