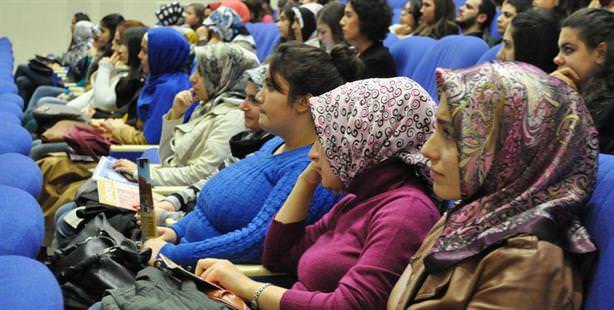 With the addition of a new article in the Higher Education Board law draft, university teachers will finally be allowed the freedom to grow beards and attend class wearing headscarves.

According to an article written by Ayşegül Kahvecioğlu published by the Milliyet daily, with a new item to be included in the Higher Education Board (YÖK) legislation, university teachers will no longer be prohibited from growing beards and wearing headscarves in class.

According to the report, the Higher Education Board has completed the new draft law, which has been sent on to the Ministry of National Education. The draft also includes a series of constitutional amendment proposals for the changing of procedures in founding foreign and private education institutions as well as on the appointment of rectors.

The most attention-drawing change in regulations was the amendment made to the article on dress code for students and teachers. Should the draft be passed, universities will no longer be able to open investigations on teaching staff that have beards or wear head scarves.

The draft states, "Every member of the teaching staff has the right and liberties to freely teach, research, develop, publish and participate in any academic activities without any discrimination due to their preference of dress or any other reason pertaining to their political beliefs, language, religion, sect, beliefs, race, color or gender."

The draft also notes that there will be no discrimination in the appointment of teachers other than the necessity to be qualified for the position. The draft also states that "Affirmative action for the handicapped and other with special needs, which will be taken on by our council will not be considered under this draft. Teachers, higher education board administrators and members of auditing organs will not be able to be removed from their position by any other administrative office other than the authorized organs of the Board or other higher education councils."

The following are a series of new amendments included in the proposed draft law:

Three alternative rector appointment methods were proposed in the draft law. The first alternative, which is "preserving the current legislation", involves the university proposing six candidates to the Higher Education Board, which will narrow that number down to three candidates that will be presented to the President for final approval. The second alternative is based on the "university assembly" model in which a university assembly would select three candidates, from which the President would select the rector to be appointed. The third alternative involves establishing a committee to evaluate rector candidateship applications, which would then narrow the number down to three candidates, the names of which would then be presented to the Higher Education Board or the President.

* The previous inclusion that "one of the highest taxpaying citizens of the district where the university is located may be a member of the university board," has now been amended in this most recent draft to state, "a member may be selected amongst the university's alumni or those who offer the university financial support."

* State universities with university boards may appoint a rector for two terms. Rectors appointed to universities that do not have a board however will only be allowed to serve a single term.