“We are determined to live together, we will not leave” 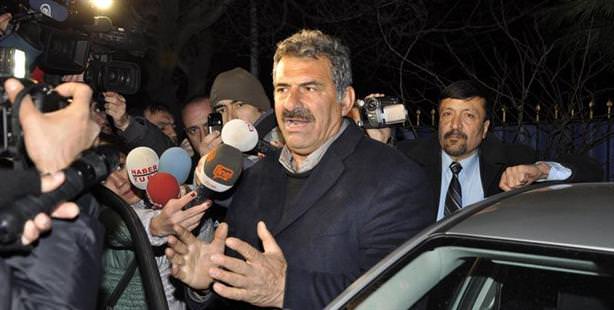 In talks with state officials, Kurdish politicians and his brother for a peace initiative with the PKK, Abdullah Öcalan stated, “We are determined to live together. If someone attempts to divide us, we will prevent it, we won’t go anywhere.” The PKK leader also warned against provocations.

Abdullah Öcalan, the head of the PKK terrorist organization, recently released a number of important messages regarding the peace process during a series of meetings in İmralı with state officials, independent deputy Ahmet Türk and BDP Batman deputy Ayla Akad and most recently his brother Mehmet Öcalan.

During a closed meeting held the day prior, the Kurdish opposition Peace and Democracy Party (BDP) relayed details of the talks held between Öcalan and Türk and Akad to fellow deputies. Öcalan, who requested his access to information in order to have a firmer grasp on current developments be further facilitated, relayed the following views as depicted in the records from the meetings held at İmralı:

MY CONDITIONS NEED TO BE IMPROVED: "In order for me to take on the title of negotiator, certain conditions need to be altered. Certain crucial conditions need to be established in order to be able to more comfortably meet with government officials, and certain institutions operating in Europe, Kandil and with the BDP and DTK (Democratic Society Congress). If these conditions are procured, I will be able to play my role more efficiently. This is not a negotiation, this is advising."

MEANS AND METHODS: "Meetings with state officials will continue. There needs to be serious volition in order to lay down weapons. It is difficult to say anything before seeing this. It may take time to clarify the means and methods. The government shouldn't use sayings such as, "we will eliminate them or finish them off." This will only harm the climate of peace and could actively put an end to the entire process."

THEY COULD SABOTAGE THE PROCESS: "This is a peace-indexed collaboration process. There may be attempts to sabotage this process. There may be incidents resembling what happened in Hakkâri. I have concerns. We need to be careful against these sorts of positions. There may be some who want to deactivate deliberations. Single-sided efforts will not work in evolving this process to finding peace. If the state is explicit, it will be easier to reach a solution. This is an opportunity and the conditions are appropriate."

CONNECTION TO KANDIL: "There needs to be the conditions established that will allow me to directly relay messages to those in the mountains and if not, then you should relay them. Hear out the demands of those in the mountains. A period of inactivity will follow. I no longer want there to be any more deaths."

WE ARE DETERMINED TO LIVE AS BROTHERS: "The public needs to know. We are determined to live together as brothers. If someone attempts to divide us, we will prevent them, we will not go."

VALUABLE NEGOTIATIONS: "I am ready to offer a positive contribution to the silencing of weapons. The democratization of Turkey cannot be handled independently of the developments in the world. It is important this is a civilized negotiation. I place importance on all contacts being transparent. The BDP and the DTK need to do what befalls them in politics. In order to establish a permanent ceasefire, we first need to establish trust and these meetings here need to continue."

THERE NEEDS TO BE NO INTERRUPTIONS: "I keep thinking when it comes to Oslo and Habur, 'Where did we go wrong?' There will be no tolerance for a new break interruption."

The executions in Paris said to resemble Dersim

Abdullah Öcalan's brother Mehmet Öcalan paid a visit to İmralı yesterday. Speaking to the press upon his return, Öcalan said that if the co-chairs of BDP come to the island then his brother will make an announcement. "My brother resembled the deaths of three Kurdish women in Paris to the Dersim massacre and said 'If this massacre is revealed in a timely manner, it could benefit the process'," stated Mehmet Öcalan.

Öcalan also claims that the television that was placed in his cell was done so by the insistence of the prison administration.