Who is behind the Paris assassinations? 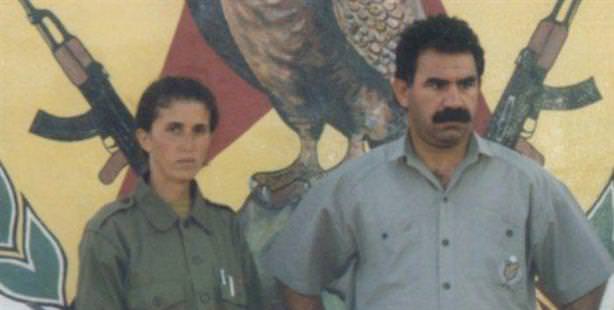 The leader of the PKK terrorist organization Abdullah Öcalan has remarked on the deaths of three Kurdish women in Paris last Thursday.

Mehmet Öcalan recently paid a visit to his brother and head of the PKK terrorist organization Abdullah Öcalan, who is being held in custody in a penitentiary on İmralı Island. According to Öcalan, his brother, the PKK leader, is looking to France when it comes to finding the culprits of the executions in Paris. Early Thursday morning, three female PKK members, Sakine Cansız, Fidan Doğan and Leyla Söylemez, were found shot to death in the Kurdish Information building in Paris.

Mehmet Öcalan, who paid a visit to Imrali the day prior to meet with his brother Abdullah Öcalan, shared the details of that meeting with Takvim News Director Mevlüt Yüksel. According to his younger brother, Abdullah Öcalan commented on the deaths by stating, "The murders of Sakine Cansız, Fidan Doğan and Leyla Söylemez was the work of international powers that want to aggravate the ongoing peace process. In France everyone is being watched and recorded. This incident should have been immediately uncovered, said Öcalan."

'THIS TIME IS DIFFERENT'

"There are also attempts being made to connect the issue with money. When it comes to the murders in France, the forces both within and outside the PKK need to be closely looked into. As for the funerals, every deputy should be in their own region. Provocations should not be allowed. This time it's different and I stand behind that," stated Öcalan.

ÖCALAN ALLOWED FULL SPECTRUM OF CHANNELS, NOT JUST ONE

Government Spokesman Bülent Arınç commented on the recent placing of a television in Öcalan's cell. Pointing out that it was due to a prior disciplinary penalization that Öcalan was not permitted to have access to a television and that the allowance of one now was due to his good behavior, a procedure which is conducted with all convicts. Arınç also pointed out that the 42 cm-wide screen LCD TV broadcasts the following channels: TRT1, TRT Şeş, ATV, Kanal D, Star, Ülke TV, CNN Turk, NTV, Kanal 24, Show TV and STV.