“We will not allow anyone to sabotage this peace process” 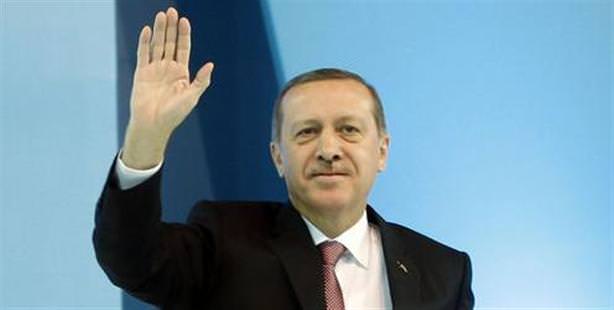 Speaking to AK Party members at a meeting in Ankara of provincial deputies, Prime Minister Erdoğan referred to the peace initiative as a “test of sincerity” and said, “We will remain level-headed against any form of agitation, instigation or provocation.”

Addressing fellow Justice and Development Party (AK Party) members during an expanded meeting of provincial deputies, Prime Minister Tayyip Erdoğan warned the organization of provocations during the peace process and issued harsh criticisms to the opposition.

"We are currently going through an extremely sensitive process. I am requesting from everyone that they fully comprehend the sensitivity of this process and act accordingly. There are certain segments that stand to lose out from the end of terrorism in Turkey. These circles will resort to any route in order to meddle with the nation's mind.

This process is a litmus test and at the same time it is a test of sincerity. It will become clear who stands behind reaching a solution and who sides with tears. Those who harm the sensitivity of this process in an attempt to appeal their own supporters will not only lose out themselves but they will also cause loss for the nation. We will maintain our level-headedness and sensibility in the face of any form of instigation, aggravation and provocation.

We will never give up in our fight against terrorism and our security forces will continue to stage operations until they lay down their weapons.

Our security forces will be acting with sensitivity in order to prevent any form of sabotage in demonstrations held in Diyarbakır, Tunceli, Mersin and Kahramanmaraş. We are expecting politicians, and all others in positions of responsibility to show the same sensitivity."

Erdoğan also responded to comments made by the Nationalist Movement Party (MHP) leader Devlet Bahçeli yesterday in which he said that the Prime Minister is calculating on raising the AK Party's percentage of votes from 50 to 70 percent if they are able to successfully complete the ongoing peace process. "I want to congratulate Mr. Bahçeli for his excellent mathematical skills and political calculations. This means that the problem is yours, and that the nation understands the Prime Minister."

Erdoğan went on to comment on attempts by the Peace and Democracy Party (BDP) to hold the Turkish government responsible for what transpired in Paris, "These are examples of low-grade politics. It is the depiction of hollow bullying of those who lack the courage to question France and their own organization."

Erdogan also had words to dole out to the Republican People's Party (CHP) and its chair Kemal Kılıçdaroğlu, who is currently in China. "Another example of hollow bullying was displayed by the main opposition CHP, when a deputy paid a visit to the family of a known terrorist in order to offer their condolences as if they were a flower child. Even their own party chairman lacks the courage to say anything, instead he is trying to score points through us. CHP Chairman Kılıçdaroğlu's mentality is no different from that of this deputy who hails from the same town. That is because he has a secret agenda. From the moment he took on the position he has been promoting Turkey as 'a nation that throws journalists in prison.' That is because the journalists the CHP Chair refers to were playing their advocate and conducting their propaganda. No offense, but birds of a feather flock together," stated Erdoğan.