Two surprising suspects held in connection to the Paris killings 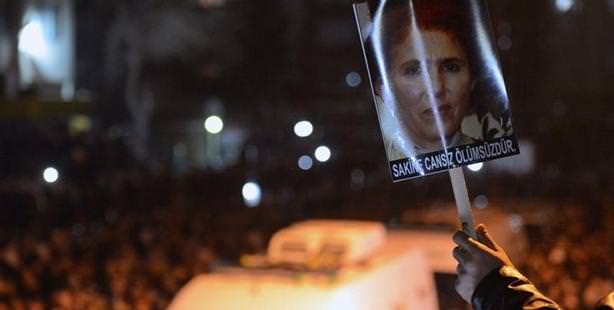 French police have detained two men for questioning as part of their investigation into the killing of three Kurdish women, including founding PKK member Sakine Cansız, in Paris.

All three PKK members, Sakine Cansız, Fidan Doğan and Leyla Söylemez, were found shot in the head on Jan. 10 at the Kurdish institute in Paris.

According to the France-based BFM news channel, based on police sources, two men stated to have close relations with the deceased have been detained in connection to the murders. "Two people have been in for questioning since Thursday," the police source said. Under French law, suspects can normally be held for two days, though the limit can be extended in cases seen as particularly serious.

The two men, aged 30 and 39, were questioned as witnesses but police decided to delve deeper after finding contradictions in statements by the younger man, who sometimes worked as a driver for one of the victims, said the source. The two men, stated to be Kurds, were detained in an operation staged in the La Courneuve Paris suburb midday Thursday. A police source, relaying information on the situation to the French news agency AFP, referred to the development as "a serious lead".

According to the French Le Point newspaper, one of the men detained was the last person to see the three victims alive. The article also claims that the suspects live in Paris' Saint Denis district.