Everyone is now allowed a defense in their mother tongue 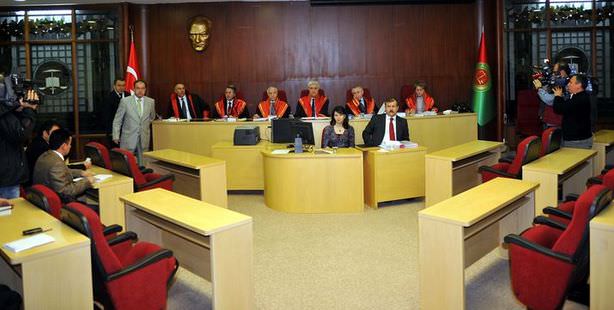 After a highly contentious General Assembly session that at time even went to blows, the Turkish parliament has passes a bill which makes it legal for defendants to use their mother tongue to provide defense statements in court.

According to the bill, defendants will be able to provide their statements in court in their mother tongue if they feel that will enable them to better express themselves. The court will appoint and cover the expenses of a translator.

The law adopted on Thursday makes changes to the Code on Criminal Procedure (CMK) and to the Law on the Execution of Punitive and Security Measures, including allowing inmates the rights to hold private conjugal visits with their spouses every three months.

It was a highly tense session that went on for the past two days and spilled regularly into disputes between CHP, MHP and BDP members.

Yesterday's tension was first ignited when the main opposition Republican People's Party (CHP) member Tanju Özcan referred to the Kurdish opposition Peace and Democracy Party (BDP) as a "small group". The harshest reaction to Özcan's statement came from BDP member Sırrı Süreyya Önder, who said, "You speak without taking into consideration your own 1.5-meter height." Önder was then rebutted by other CHP members and Parliamentary Deputy Speaker Sadık Yakut. When the tension continued to escalate, the session went into break. However, the tension erupted into an all-out brawl during the interim.

CHP's Antalya Deputy Yıldıray Sapan yelled at BDP's Sebahat Tuncel, "First stop killing the teachers and doctors." In response, BDP Group Vice-Chairman İdris Baluken said, "Your history is full of things like this." CHP's Sapan then reacted by calling the BDP deputies "terrorists". As the BDP deputies began to stand up and head towards the rows occupied by CHP members, MHP deputies then intervened. During what developed into an all-out fight, MHP's administrative affairs supervisor Ali Uzunırmak threw a punch at BDP deputy Sırrı Süreyya Önder.