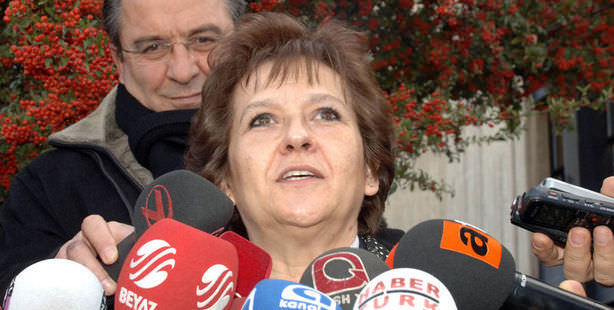 CHP Deputy Birgül Ayman Güler’s statement that “the Kurdish nationality is not equal with the Turkish nation,” has resulted in an earthquake-like effect, creating divisions in the both parliament and the main opposition Republican People’s Party itself.

Republican People's Party (CHP) İzmir parliamentarian Birgül Ayman Güler's statement that "the Kurdish nationality is not equal with the Turkish nation," which she said during a tense General Assembly session to discuss legalizing court defenses in the mother tongue has had a ripple effect.

While CHP's Güler says in her defense, "I only vocalized what was written in the CHP program," she has not been immune to severe reactions within her own party. In response to her comments, Salih Fırat, the CHP's Adıyaman Deputy, announced his resignation from the party yesterday. By last night however, there were reports that his resignation had been halted.

Meanwhile, attorney Barış Yıldırım, a representative for the Human Rights Association (İHD) and hailing from CHP Chairman Kemal Kılıçdaroğlu's homeland of Tunceli, has filed a criminal complaint against Güler.

The following are a series of remarks from Birgül Ayman Güler's fellow political colleagues:

CHP Group Deputy Chair Akif Hamzaçebi: "We reject any approach that is reminiscent of racism. There is no way that any such concept would have any place neither near nor far from the CHP. We see everyone that resides within the borders of Turkey as being equal and brothers."

Deputy Prime Minister Bekir Bozdağ: "I consider this to be a concrete example of a racist approach."

Parliamentary Human Rights Commission Chairman Ayhan Sefer Üstün: "We do not condone anyone from committing racism."

MHP Group Deputy Chairman Mehmet Şandır: (In support of CHP's Güler) "While some are trying to create a Kurdish nation which is not considered racism, others who are defending established law are."

Speaking to the press yesterday, Güler stated, "I do not harbor any sort of racism perspective. This is simply a misunderstanding by those who do. I only vocalized what was written in the CHP program. Our party program says that "ethnic identity is an honor that nobody can deny. It cannot be assimilated. We will be allowing for all of these varieties of identities to flourish under the objective of integration. That is all that I said. The national state is one based on Turkish citizenship. I in no way am looking through the window of racism," said Güler.