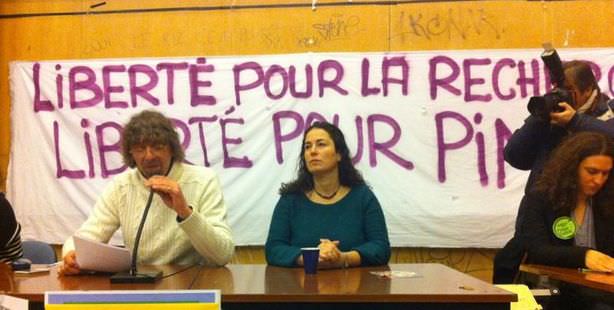 After three previous acquittals, a Turkish court sentenced a sociologist to life in prison on Thursday for involvement in a deadly explosion 15 years ago which killed seven and injured 127 people.

Selek had been charged with planting a bomb in Istanbul's Ottoman spice bazaar, which killed seven people and wounded more than 100 in July 1998. Selek worked as a sociologist researching Kurdish issues in the mid-to-late 1990s and had contact with the outlawed militant Kurdistan Workers Party (PKK), designated a terrorist group by Turkey, the European Union and the United States.

She was arrested in July 1998 at the age of 27 and released two and a half years later after a team of experts concluded the explosion had not been caused by a bomb but by the accidental ignition of a gas cylinder. Despite these findings, the case against Selek continued and she was acquitted in 2006, 2008 and most recently in 2011. The prosecutor appealed each time and the appeals court ordered a retrial.

With unsubstantial evidence to determine whether the explosion had been due to an accidental gas leak or a bomb, Pınar Selek and Abdülmecit Öztürk had never been sentenced up until yesterday in which the court handed a life sentence to Selek and 12 and a half years imprisonment to Abdülmecit Öztürk. Yesterday's court ruling also issued a warrant for Selek's arrest. Pınar Selek currently resides in France.

Commenting on the verdict, Pınar Selek's father Alp Selek stated, "They can appeal. I also believe that Pınar has immunity in France. They are just as aware as we are of how unlawful this ruling was. Europe will never hand over Pınar to these guys."

In response to the ruling, Pınar Selek stated, "I feel like I have received news of a death."