Turkish voters’ support for Erdoğan on the rise 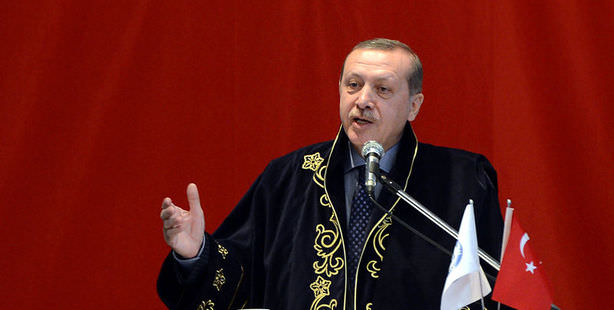 The survey, which was conducted between December 28th and January 15th in 47 districts in 17 different provinces by polling 2,166 people, puts the AK Party in first place if a parliamentary election was held today with 52.4 percent of support. The AK Party was followed by CHP with 25.6 percent and MHP came in third with 11.7 percent. The results did not differ greatly when participants were asked who they would vote for in a local election. AK Party came in first once again with 52.3 percent support, followed by CHP with 26.6 percent, MHP with 11.6 percent and BDP receiving 6.8 percent of the potential vote.

Participants were reminded of the fact that in 2014, Abdullah Gül's term as president will come to an end and asked who they would like to see succeed him. Recep Tayyip Erdoğan came in first with 32.1 percent of support by those surveyed, followed by Abdullah Gül with 10.6 percent, Kemal Kılıçdaroğlu with 5.2 percent and Bülent Arınç with three percent of voters support. When asked, "Would you be in favor of Abdullah Gül becoming prime minister and Recep Tayyip Erdoğan becoming president," 47.7 percent of participants responded affirmatively, while 52.3 percent said 'no.' The survey also asked who the most popular politician was in 2012. With 31.8 percent selecting Recep Tayyip Erdoğan the prime minister came in first, followed by Abdullah Gül at 14.8 percent and Kemal Kılıçdaroğlu in third with 13.6 percent.

"When asked what the most pressing current issue was," 35.9 percent of those polled said "terror", while 25.6 percent said "unemployment," 11.1 wrote down economic issues and 10.7 percent responded by stating "education." Participants were also asked whether they thought Turkey should join the European Union. Of those questioned, 61.5 percent said "yes." When asked "What is the most important tie that binds Turks and Kurds together in Turkey," 19.7 percent said "sharing the same land", 19.2 percent said "our religion" and 10.7 percent answered. "because of our cultural and historical ties." When asked, "Should the Kurdish identity be included in the new constitution, 68.9 percent of participants responded "no." When asked, "should Kurdish be made an official language in education and teaching," 69.3 percent said "no." The survey also asked participants if they believe that the state should be in contact with Abdullah Öcalan in order to solve the Kurdish issue, to which 68 percent said "no." However, when the question of who the state should address was posed, 97.1 percent responded by stating, "I have no idea" while 0.5 percent said Selahattin Demirtaş, 0.2 said Murat Karayılan, 0.1 percent said Ahmet Türk and 2.1 percent wrote down "other."