Erdoğan takes a day-trip to Qatar 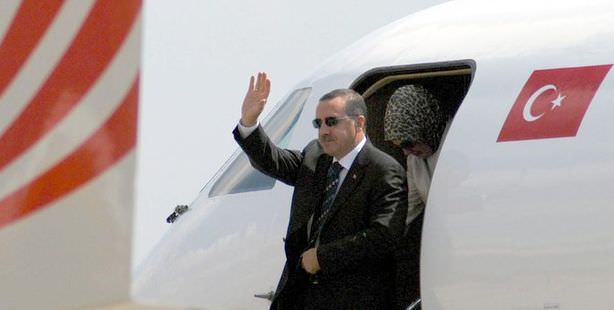 Prime Minister Tayyip Erdoğan departs for the Qatari capital of Doha on Tuesday for a one-day working trip.

A statement released from the Prime Ministry stated that regional and international developments which affect Turkey and Qatar will be an important focus of the meetings held tomorrow. The statement also said that Erdoğan's trip is intended to allow for an overall review of bilateral relations.

The crisis in Syria as well as the Palestine-Israel issue and Egypt's development efforts will also be discussed, with the issue of challenges posed in providing international aid to Syrian refugees being a primary item on the agenda.

The two nations will also deliberate on what joint measures can be taken in order to assist Syrian refugees forced to seek shelter in Turkey and other neighboring countries.