Turkish police search for any trace of Sarai Sierra 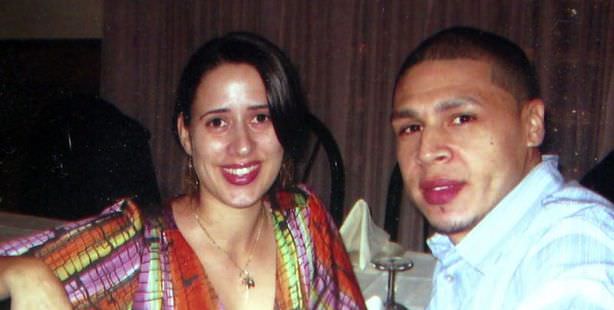 A Turkish national known as Taylan made plans to meet up with Sarai Sierra, the missing 33-year-old American, on the last day she was seen, yet failed to show up. When Taylan never showed, it appears Sierra may have wandered into Eminönü after crossing over the Galata Bridge.

The 33-year-old American mother of two children, 9 and 11, Sarai Sierra has been missing for 13 days. Police, who have been going through surveillance camera footage, have found the most recent imagery depicting the missing American on Galata Bridge.

On January 21st, Sierra made plans with a Turkish national by the name of Taylan to tour the Sultanahmet area. When Taylan failed to arrive to their scheduled meeting at the Galata Tower, Sierra left the area on her own and footage shows her heading from the Galata Bridge and blending into the crowds in Eminönü, after which she has not been seen.

Police have questioned Taylan, a 34-year-old university graduate, who states, "We met four months ago on the photograph-sharing website 'Instagram.' We met up in Beyoğlu on the 13th and 20th of January. We then made plans to meet at the Galata Tower. However, I went to sleep late the night before and was unable to wake up. She called me, but I missed the call because I was sleeping. I called her later but I was unable to reach her. There was never any emotional connection between us. We were not romantically involved, we were friends." he said. Police also found out that Taylan, who was subsequently released, had made plans to meet with Sierra at the Galata Tower and to take photographs in Sultanahmet.

City surveillance cameras (MOBESE) show footage of Sierra waiting on the Galata Bridge for awhile on Monday January 21st and then heading out on her own to take photographs. The last footage obtained shows Sierra crossing over Galata Bridge and heading into the crowds in Eminönü. Police are rigorously working on trying to determine which direction Sierra continued in.

After posting a photograph taken on the Galata Bridge, "Sarai Sierra responded to a friend's comment asking if she was there for business or pleasure, by stating that she was here for pleasure.
On her Instagram profile, Sierra also thanks another user by the name of "tyloo" for liking a photograph she took in Istanbul. Speculation is that the "tylloo "account may have belonged to Taylan, however the user has since cancelled their account on Instagram.

The following is a translation of an article originally written by Emire Somer.