FBI agent says Sarai was not on your average photography trip 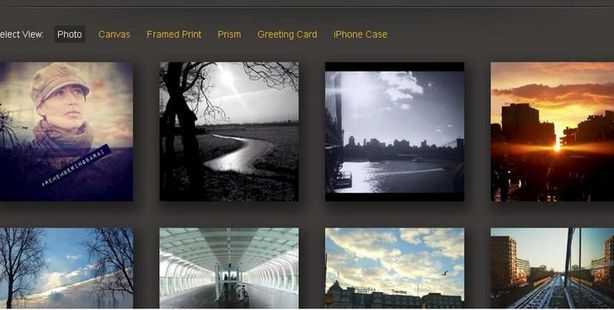 Speculation has surfaced that the Staten Island mother Sarai Sierra may have been involved in something shady during what FBI agents say was not just an average photography trip.

A recent article published in the New York Post speculates that Sarai Sierra may have been involved in illicit activity and points out that there are still a lot of open questions that need to be answered surrounding Sierra's trip to Istanbul, where her body was found violently murdered on Saturday.

Suspicions are on the rise surrounding the death of the American mother of two, who went missing for 12 days before being found dead during what was said to be a solo photography trip to Istanbul. According to a U.S. Federal Bureau of Investigation Agent who is investigating Sarai's death, the two week vacation she took visiting the Turkey, Germany and Holland trifecta may not have just been your average photography trip.

With the initial findings surrounding Sarai's death beginning to surface, debates surrounding the young mother's reason for travel are now being revisited. There is the question of why Sierra, who was not financially secure, would travel to Turkey at this time of the year in which flights are not necessarily cheap, just to take photographs alone. Sarai, the wife of a city bus driver, had never left the country before taking this vacation to Turkey, which also included side trips to Amsterdam and Munich. There is also the question of why someone who was supposedly travelling to take photographs would not have her camera with her. Sierra used her ipad and phone to take photos, however it does bring to question how avid a photographer she actually was.

Just days after Sierra's body was found in the ruins of the city's ancient walls, the local New York Post wrote that according to FBI agents, Sierra may not have gone abroad just to take photographs. FBI agents also say that the Staten Island mother of two had kept company with certain "criminal elements" in Turkey during her trip. Then there is the short side trips Sierra made from Turkey to Holland and then Germany, which also contributes to the suspicion her trip, may not have been solely to take photographs. According to the article in the New York Post, the FBI is now looking into the possibility, amongst other lines of inquiry, that she may have been acting as a drug courier.

When an ordinary American plans a trip abroad, they do so by prioritizing safety. And if that country happens to be one located near the Middle East, considering how it is depicted in American films, then planning becomes an even more serious task. When the Staten Island mother of two Sarai Sierra planned this trip, which was to be her first trip overseas, her family thought it was a good and safe travel plan. Once Sarai arrived to Istanbul, she remained in constant contact with her family, giving them daily updates of her travels to waylay any concerns. This ongoing communication with her family in the states came to an end on January 21st. From that very day, in which she failed to board her flight home, the plight of Sarai Sierra has made headlines in both Turkey as well as in the U.S. While a majority of U.S. newspapers published the story as front page news, television news broadcasts also began covering the story. As the days passed, the questions surrounding Sierra's disappearance and subsequent murder also began to increase. As new information surfaces in the case, not only are the already open questions not being answered, but instead new questions have begun to surface.

Sierra's neighbors and acquaintances back home are reeling in shock from the news. Those who knew Sarai, described her as a conservative mother of Latin heritage. No one has described her as a "Crazy New Yorker" who would fly by the seat of her pants. She was not financially stable and loved her children desperately. She has been a regular churchgoer since her childhood and in fact met her husband at a church-related youth camp.

REACTIONS TO CLAIMS SHE MAY HAVE BEEN AN 'AGENT OR COURIER'

Former FBI agent and Staten Island Congressman Michael Grimm says a widespread investigation needs to be conducted and that Turkey's security units should shed light on the incident as soon as possible. Another person offering support to the grieving family is Pentecostal Pastor John Carlo, who has known Sarai since she was nine and who conducted her wedding ceremony. Pointing out that he was once a detective, Pastor Carlo stated, "I am hearing certain speculations regarding Sarai being an agent or a courier, which are just not correct. I have known her since she was nine," said Carlo.

THY REFRAINS FROM CHARGING FAMILY FOR TRANSPORT

Steven Sierra, the husband of Sarai whose body was found by Turkish police on Saturday had arrived to Turkey with her brother David Jimenez to assist in the investigation. They were accompanied by two Istanbul U.S. Consulate representatives to the Atatürk Airport where they boarded Turkish Airlines' TK-1 flight which departed for New York yesterday at 13:25. As they waited to pass through passport control, Sierra and Jimenez stood in an embrace with consular representatives and prayed. As they said their farewells, Steven Sierra was unable to contain his tears as he thanked Turkish officials for their assistance.

Steven Sierra and David Jimenez flew to New York in Comfort Class by compliments of Turkish Airlines who will also be taking on the costs of sending Sarai Sierra's body back to the United States today. Sarai's body was transported from the church morgue where it was being kept to the airport cargo terminal yesterday.

While preparations were being made to return Sierra's body to the U.S. and for her funeral, her family set up a website to sell nearly 100 images from Sierra's instagram photography collection, including pictures from Istanbul. The photos drew wide interest and Sierra's brother David Jimenez announced two days ago that they have covered all funeral costs with the photographs sold and said that from here on out, "all funds will be going to her children. Thank you for your support."

This is a translation of an article originally written by Serdar Karagöz and Cevdet Özdemir.