A ceremony for Sarai on Valentine’s Day 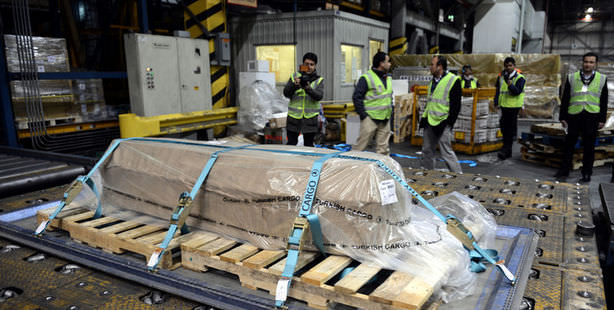 Turkish Airlines covered the expenses of flying Sarai Sierra’s casket to New York on Thursday. A ceremony will be held for Sarai in Staten Island on Valentine’s Day.

The body of Sarai Sierra, the 33-year-old American mother of two whose body was found brutally murdered during a solo trip to Istanbul has arrived to the United States. Sierra, an avid photographer, went missing after failing to board her return flight on January 21st. Her body was found amongst the ruins of the city's ancient walls 12 days later. Sierra was killed by a blunt force trauma to the head. Her husband and brother flew to Istanbul to assist in the search yet returned Wednesday following the devastating development.

Turkish Airlines covered the expenses of sending Sarai Sierra's casket to New York's JFK Airport. Once her family completed the necessary legal arrangements, the casket was picked up by Matthews Funeral Home Staff. Sierra's casket is now at the Matthews Funeral Home, which is located just a few streets away from the Staten Island home Sarai shared with her husband and two children, aged nine and 11.

Two viewing ceremonies will be held for Sarai Sierra on February 14th, Valentine's Day, at the Christian Pentecostal Church, the very church where Sarai met and married her husband Steven Sierra. Her funeral will also be held at the same church on February 15th.

Meanwhile, Turkish police say they have combed through nearly half of all of Sierra's Gmail and other internet correspondence, however they are no closer to an answer and no details have surfaced in the correspondence that could alter the course of the investigation. Police have taken blood and DNA samples of 18 additional suspects, all drug addicts that frequent the area where the American mother's body was found.