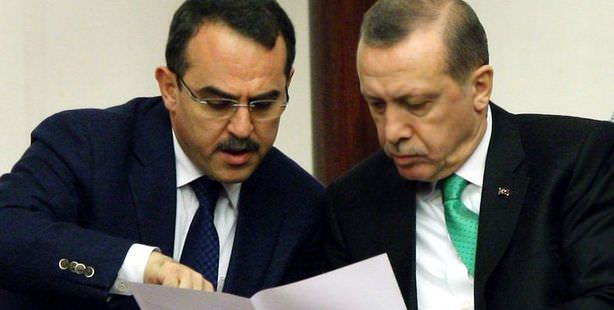 The Ministry of Justice has completed a new reform package geared towards increasing societal peace and human rights, which will be presented to Prime Minister Erdoğan’s approval on Tuesday.

A new reform package by the Ministry of Justice will be presented to Prime Minister Tayyip Erdoğan's approval on Tuesday. This reform package is the final result of an action plan to increase human rights in an effort to strengthen societal peace in Turkey. The judicial reforms included in this package will alter a number of issues most highly criticized by the European Court of Human Rights, such as the lengthy detainment periods of defendants pending trials. Other topics handled in this reform package include domestic violence, a woman's right to keep her maiden name, a civilian solution for conscientious objectors and measures for victims of mines or of medical malpractice. If the package is approved by Prime Minister Erdoğan it will then be passed on to the cabinet after which it will go to a parliamentary vote.

The following is a highlight of some of the main changes proposed by the reform package, which essentially aims to remedy the structural problems within the judicial system that relate to rulings on human rights issues:

The necessary measures will be made in order to prevent soldiers committing suicide. If there is any negligence involved in such a suicide, those responsible will be subjected to judgment by law.
All mine fields in the Southeastern Anatolian region will be cleared. Citizens residing in areas where the military is conducting operations against armed terrorists will be informed of the potential dangers of explosives.

Preventative measures will be implemented against potential deaths as a result of medical malpractice or hospital conditions and victims in such situations will be eligible to receive reparations as well as other measures such as lifetime medical treatment costs being taken on by the state.

Special bureaus will be set up in public prosecutors offices designated to handle domestic violence cases.

Security forces will be prevented from using force or weapons unless the conditions legally demand their use. New guidelines will be established for security forces to ensure unnecesary or disproportionate force is not used in public demonstrations and marches.

Investigations into the use of disproportionate force leading to death or injury, will be conducted according to European Court of Human Rights (ECHR) criteria. In addition, a Security Forces Observation Commission will be formed.

There will be no statute of limitations on cases involving torture being conducted by police or public servants.

A SOLUTION FOR CONSCIENTIOUS OBJECTORS

AN ADJUSTMENT ON ARRESTS

Detaining defendants pending trial will only be implemented in cases when it is absolutely necessary. In addition, defendants may be able to file for compensation in cases of illegal detainments.

In inspections of the performance of members of the judiciary, emphasis will now be placed on the criteria of trials being finalized in an appropriate timeframe.

Evidence acquired through illegal means, will not be allowed to be used in trial. In addition, the cross-examination method for obtaining witness testimonies will be further advanced.

WOMEN TO BE ABLE TO KEEP THEIR MAIDEN NAMES

The reform packages also includes granting the rights to women to keep their maiden names when they get married.