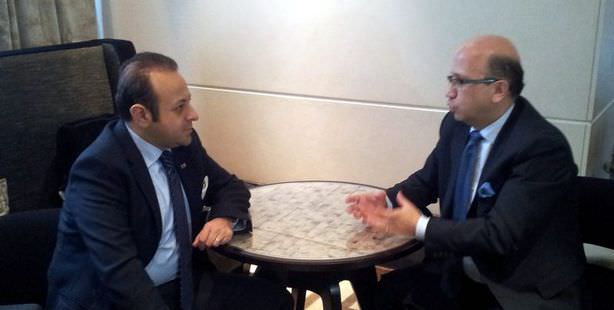 Speaking to members of the press en route to London, EU Minister Egemen Bağış said, “We are not making a choice between Shanghai and the Schengen. They are not alternatives to one another.”

THE EU HAD ONE ISSUE TO CONTEND WITH NOW THEY HAVE THREE: "Already dealing with the financial crisis, the EU is now faced with two additional items on their agenda; one concerning British Prime Minister David Cameron and the other being the warning issued by our Prime Minister. If it ends up being too late you can't say you weren't warned. Golden opportunities are referred to by that name because they are considered to be as valued as gold. Gold won't lose out by someone not comprehending its worth; the one who will lose would be the oblivious banker who was unable to recognize the value of the jewel right in front of their very eyes."

TURKEY IS BEST UNDERSTOOD BY ENGLAND:
"England's accession to EU membership was not easy. The nation was vetoed twice. Therefore, England has always been one of the staunchest supporters of our membership and understands our situation the most. We still place high significance on this backing and believe that their support of Turkey's EU perspective is of critical importance."

"We do not conduct our foreign policy based on suitcase trading.. We are not making a choice between Shanghai and the Schengen. They are not alternatives to one another nor are they substitutes. Turkey has a lot of ammunition, thank God. Our bullet is not a one-shot. Therefore, we are at ease. We will do whatever is necessary for our strategic needs."

WE COULD TEACH HOW TO TACKLE THE CRISIS

While in London, EU Minister Bağış met with Lord Wallace form the House of Lords on Foreign Affairs. During the meeting, Bağış said to Lord Wallace, "Maybe we could teach Britain how to tackle the economic crisis and you in turn could show us how to overcome the obstacles placed before us in the EU membership process. We could help the EU transition into a global project."

Lord Wallace told EU Minister Bağış that Turkey's partnership and counsel was needed during this period of transition in Middle Eastern nations."