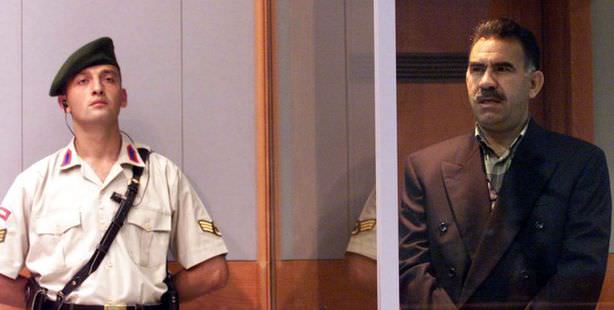 Öcalan is delivering a message to Kandil, which has yet to clarify its position in the peace process, stating, “If you pose an obstacle, you will become marginalized.” The PKK leader also wants Europe to uncover who was responsible for the Paris murders.

Turkey's ongoing peace initiative geared towards the PKK relinquishing their weapons and its terrorists leaving the country's border, has now taken a critical turn.

While Kandil has refrained from expressing a reaction to the ongoing peace initiative started in May by Turkey's National Intelligence Organization (MİT) and Abdullah Öcalan in an effort to have the terrorist organization lay down their weapons, SABAH has acquired critical information that the PKK leader is planning on relaying two critical messages to Kandil and the organization's European representatives.

From the very start of the peace process, which has aroused hopes amongst society that an eventual solution will finally be reached, PKK leader Abdullah Öcalan announced that he has taken on the initiative of being the terrorist organization's sole contact for negotiations with the state. However, with Kandil having yet to issue a response, Öcalan is supposedly now requesting to establish contact with Kandil as soon as possible and to ensure that his messages make its way to the mountains.

Tracking down the perpetrators behind the murders of three Kurdish women in Paris has become a major issue for Öcalan, who says that the reasons behind the assassination need to be rectified within the PKK in order to ensure that other incidents such as this one in Paris do not transpire and hinder the ongoing peace process. If not, Öcalan may be faced with a difficult situation and other incidents intending to derail the peace process may not only surface but also may be difficult to prevent.

The following are the two messages Öcalan aims to deliver to Kandil:

The Paris murders, considered to be an attempt at sabotaging the peace process as reported by an article in SABAH on the awakening of sleeping cells in Berlin and how the Paris assassinations may have been intended as a message to PKK ringleaders, is a very important threshold for Öcalan.

PKK leader Öcalan now feels that offshoots within the organization need to be identified and taken under control in order to ensure the ongoing process is not disrupted. Öcalan will be delivering a message to Kandil to solve the murders in Paris and to track down those involved in the incident.

While the state has made strides in acquiring vital information in connection to the Paris murders, speculation is that this attack may have contained a message to the terrorist organization's factions in Kandil and Europe to, in essence, "keep their distance from Turkey."

Meanwhile, Öcalan wants to ensure the peace process is conducted solely according to his own volition and is supposedly saying that the most important step now is unveiling the independent factions within the organization that are being controlled by external powers.

The second message Öcalan is intending to deliver to Kandil has to do with their approach to the ongoing peace process. The fact that Kandil has refrained from responding to the ongoing peace process which has garnered support from both the East and Southeastern regions of the country stands to be a significant hurdle for the PKK leader. Öcalan will be giving a directive to Kandil to be open to the process and to refrain from acting on orders from anyone other than himself as he will be taking on the sole initiative in holding peace talks with the state. Öcalan has embraced the notion that he has the community's support, but also feels that if BDP plays a role, the process will progress easier.

Based on the fact that if Kandil is not on board with Öcalan, it may pose difficulties, the PKK leader will be telling the terrorist organization's ringleaders in Kandil to refrain from hindering the process. "We are now currently engaged in an ongoing peace process and this is the best solution for the Kurds. If you obstruct this process, you will not only become marginalized, but you will also lose value."