Patriots deployed to Turkey are operational 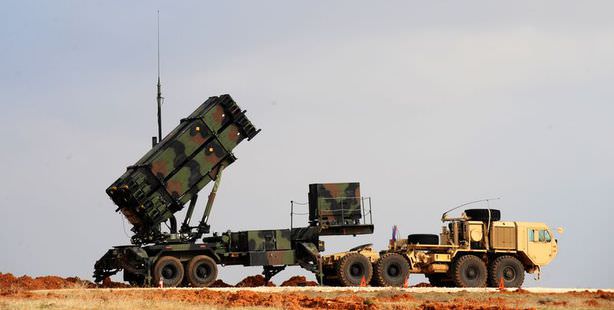 NATO has completed all necessary set-up preparations for the Patriot anti-missile systems deployed to Turkey in order to protect against any potential threat from Syria. An announcement by NATO made on February 16th stated that all of the patriot systems are now operational.

NATO has announced that all Patriot defense systems deployed to Gaziantep, Adana and Kahramanmaraş by Turkey's request to combat potential threat from Syria have been ready and operational since February 15th, 2013.

NATO sources who spoke with the Russian news agency RIA Novosti also announced that all of the Patriot battery systems are ready and have begun operating. The authorities also stated that the two battery systems from the U.S. were made operational on Friday, joining the previously deployed anti-missile systems from Germany and Holland. On December 4th, NATO approved Turkey's request for Patriot deployment.

Diplomatic efforts are still ongoing in order to put an end to over two years of public uprising and civil war in Syria. It has been stated that the anticipated visit to Turkey by U.S. Secretary of State John Kerry at the beginning of March will be focused entirely on the crisis in Syria. Kerry is expected to lay down new proposals in order to ensure Syrian President Bashar al-Assad steps down peacefully and to convince him to accept a period of transformation.

John Kerry announced last week that he was drafting diplomatic proposals to persuade Syria President Bashar al-Assad to give up power, saying that there were still measures that could be taken. Kerry also inferred that he may request backing from Russia in order to ensure Assad steps down. The U.S. Secretary of State also expressed his conviction that the Washington and Moscow administrations could find common ground when it comes to Syria.

The moves made by the direct sides in the Syria crisis, the Assad regime and the opposition's initiatives are also being closely followed. A meeting at the end of this month between Syrian Foreign Minister Walid Muallem and Syrian National Coalition President Moaz al-Khatib in Moscow will be of critical importance. Al-Khatib has also supposedly received an invite to Washington by the Obama administration, however when that meeting will take place has not yet been determined. Meanwhile, Bashar al-Assad has supposed told a group of Lebanese parliamentarians that paid a visit to him that he was close to winning a victory against the Syrian opposition.

United Nations High Commission for Refugees (UNHCR) Turkey representative Carol Batchelor has said the number of Syrians sheltered in Turkey has reached 300,000. Pointing out that 75 percent of the refugees are women and children, Batchelor said the number of refugees has now reached a "serious size which is concerning."