PM Erdoğan to consult with Merkel on terrorism 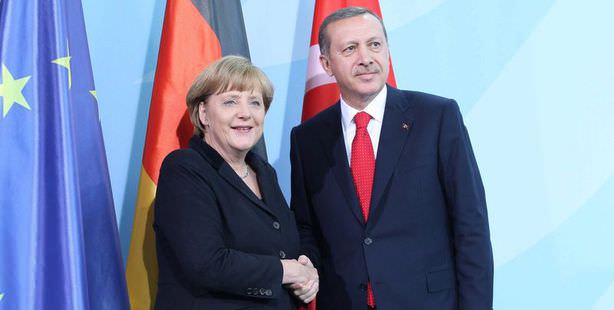 German Chancellor Angela Merkel will first be paying visits to Gaziantep and Kahramanmaraş following her arrival to Turkey on Sunday. On the second day of her trip, Merkel will be meeting with both President Abdullah Gül and Prime Minister Tayyip Erdoğan in Ankara while attending a joint business forum. The most critical item on the agenda will be discussing further collaboration in the fight against terrorism.

Erdoğan will brief Merkel on the ongoing peace initiative, however will also be reminding the German Chancellor of the significant number of suspects Turkey has requested Germany extradite in the past. As part of Ankara's demands for further antiterrorism collaboration, will be the request for the immediate and effective sharing of information. Erdoğan will be mentioning the fact that Ecevit Şanlı, the suicide bomber who staged the attack on the U.S. Embassy in Ankara on February 1st, resided in Germany for years as evidence of this urgent necessity.

This is a translation if an article originally written by Duygu Güvenç.