The role of civil society in struggling against Islamophobia 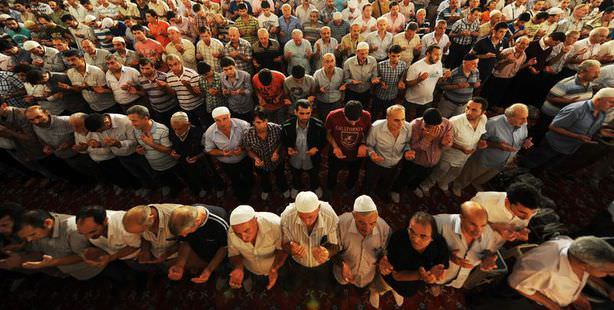 ISLAMOPHOBIA: A THREAT OR AN OPPORTUNITY?

Islamophobia, a compound word formed from the Greek word 'phobia' which means 'baseless fear' and Islam, even though their combination in a word is daunting, has become one of the gravest threats today. Unless it is defined properly and fought against with a strategic action plan this relatively new-born 'phobia', which was formed with an image of Islam through the effects of anti-Islamic political actions, publications and broadcastings in the press and media and even productions in literature and art may be interpreted as the indicative of bigger challenges.

Today it is impossible to keep anything remaining local. When the necessary conditions are provided and transactions are applied, threats such as Islamophobia may be transformed into opportunities. The efficient way of achieving this goal is to at least conduct actions in an as systematic, extensive, appropriate and sustainable manner as those who are inciting this fictitious fear.
Regarding this issue, vital tasks fall on civil society institutions which gain their strength from society and whose activities reflect on it making their relations with society strong to a degree which is incomparable to state bureaucracy. These tasks can be analyzed under three headings: 'Appropriate promotion', 'efficient representation' and 'advocacy of rights'.

When surveys and publications on Islamophobia are analyzed carefully it is readily inferred that 'the lack of appropriate information' on Islam has a significant role in instigating Islamophobic policies and publications by anti-Islamic centres. There are important studies indicating that this 'ignorance' and resulting 'biases' or 'preconceived opinions' are extremely widespread not only in non-Muslim countries but also in Islamic countries.

An appropriate level of promotion, which may be provided through the interpretation of the truths of Islam or the Qur'anic and prophetic messages in a way that suits the necessities of this century or the understanding of today's people and through efficient means in this age, will be an antidote to Islamophobic thoughts and actions as long as it encompasses all strata of society and has a power which does not leave a vacuum.

The civil society organizations which focus their attention on da'wah / tabligh (sharing Islamic knowledge and values with people and inviting them to this beauty) and have 'appropriate promotion' systems whether in Muslim or non-Muslim countries will not leave enough room for Islamophobic policies and actions, and surely will overpower them.

When flexible and efficient civil society organizations that have large room for manoeuvring and short-span decision making mechanisms are combined with appropriate methods and volunteering spirit the consequence will reach a dimension which will be incomparable to the actual intellectual and physical effort spent on it. The inability of specializing and lack of narrowing down by civil society organizations to a specific area in their efforts for making da'wah in almost every field unfortunately increases the weakness and waste of energy on this matter. It is has been observed that civil society organizations which conduct da'wah activities in all fields and for all strata of society are less successful and effective than those who focus on one subject matter and a specific group of society. One should be reminded that the age we live in is the age of specialization.

Although the establishment of strong institutions and the emergence of influential figures in the aforementioned fields seem to at times repair this problem 'temporarily' and 'partially', it does not totally remove it. Factors responsible for this problem may be listed as the weakness of civil and bureaucratic institutions, the waste of energy and resources brought on by disunity, the lack of cooperation and most importantly the disadvantage of the inability to develop capacity as well as the lack of institutional progression caused by not acquiring the necessary level of sharing experiences.

The efficiency of representation is as important as its legitimacy. A representative organization or a representing individual's recognition and acceptance or election by society would not suffice. They need to have the capacity and mechanism to represent deservedly and to not embarrass and bind the people and ideas that they represent.

It is indispensable for non-governmental organizations which are in an interactive relationship with society to take care of efficient representation attentively. The mere worth of the values is not enough in themselves to transfer them to other communities. It is necessary to establish the appropriate promotion and efficient representation mechanism proportionate to the worth and strength of the values.
Islamophobic crises have caused us to see the problem of representation better. The lack of efficient representative institutions which both will prevent Islamophobic publications and broadcastings before any crisis and will provide legitimate protests to stay within a legitimate framework after a crisis puts the Islamic world into the position of the accused, while in fact they are right in the first place.

Islamophobia and ideas, publications, policies and legal regulations and social reaction caused by these elements which are a result of anti-Islamism and feed into Islamophobia offend and disturb Muslims, prevent their basic human rights, restrain their living space and disrupt their social status.

The existence and professionalism of civil society organizations which are established in order to advocate the rights of Muslims whose rights and honour are violated and who are offended and discriminated and affected by Islamophobic practices and publications, and the struggle in political and legal arena is an issue which has a vital importance in fighting against Islamophobia and anti-Islamism.

The number and quality of those kinds of Islamic non-governmental organizations which work for advocacy of the rights and struggle against discrimination is quite a few both in Muslim and non-Muslim countries. Working for the advocacy of the rights against these kinds of discriminations, which are thought to have spread more in countries where Muslims are a minority but contrarily are quite widespread in Islamic countries as well, is highly difficult, venturous and it demands professionalism.

Though legal regulations are a disincentive and impediment to an extent they are not a formula for a permanent, effective and continuous solution. In the struggle against Islamophobia and anti-Islamism important duties fall on civil society organizations just as much as they do political circles, governments and media which they have the capability to influence.

Carrying out these tasks which were analyzed under three headings above would entail well studied projects. Today, unfortunately, the Islamic world has not yet produced a project that could influence the entire world in the struggle against Islamophobia. For that reason, only reflexes and reactionary actions are displayed and since the projects that are produced are not successful and strong enough their effects are limited and temporary.

The Islamic world is experiencing an extreme scarcity of projects in this field. Non-governmental organizations should develop projects to enhance the mechanisms of appropriate promotion and efficient representation in every field as well as the topic of Islam such as the Qur'an and the life of the Prophet (PBUH). The powerful business and investment circles in the Islamic world should support these kinds of projects as well as training programs to reap qualified man power which will take charge in these projects. In addition, governments and communities in the Islamic world should encourage the establishment and strengthening of institutions which will work for the advocacy of human rights and will fight against discrimination.

As long as non-governmental organizations perform works appropriate to their responsibility in these fields and multiply these efforts with convenient methods and means, Islamophobia will remain weakened.