What does Abdullah Öcalan's letter entail? 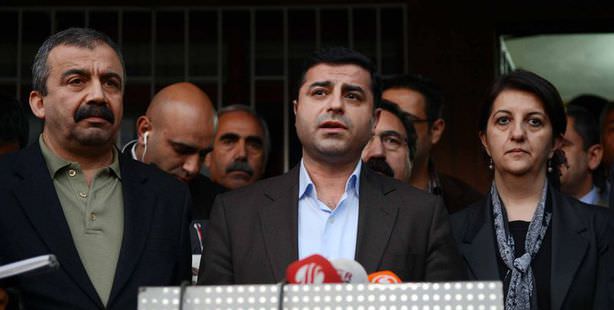 Jailed PKK leader Abdullah Öcalan has drafted a 20-page letter following a second round of talks over the weekend as part of Turkey’s ongoing peace initiative to disarm the terrorist organization. The letter, which was delivered to three recipients, calls for an end to terrorist attacks, a secure withdrawal, inclusion in the nation’s ongoing process to draft a new constitution, declaring a formal ceasefire by the end of March and the withdrawal of PKK terrorists from Turkey by August.

Abdullah Öcalan, the imprisoned PKK leader who is serving a life term on İmralı Island, has handwritten a highly anticipated 20-page letter that dictates terms envisaging the withdrawal of the terrorist organization from Turkey by August. While the original copy has been sent to the Kurdish opposition BDP (Peace and Democracy Party) copies of the draft peace plan will also be sent to the group's leaders in Kandil and Europe.

In his letter, Öcalan outlines the three phases to follow as being "withdrawal, establishing an infrastructure and normalization." At a meeting yesterday, the BDP Party Assembly decided to adhere to the role Öcalan has projected for them.

HAND DELIVERY TO THE BDP

While Prime Minister Erdoğan says the first step in this solution process is for the "organization to leave Turkey's borders," the PKK side has also clarified the terms of their own roadmap. The letter, dictating the terms envisaged by Öcalan was specially delivered by courier from the Ministry of Justice to the BDP headquarters. A copy each will also be sent to the organization's factions in Kandil and Europe. BDP Chair Selahattin Demirtaş received a call yesterday morning informing of the letter's arrival, which he says was a single letter with three separate cover letters.

SABAH has acquired the main details included in Öcalan's hand-drafted letter. The letter requests from Ankara the facilitation of the evacuation of the KCK, recognition of the Kurdish identity in the new constitution, for local administrations to be fortified under the Europe Charter of self-government and for a Fact Research Commission to be formed under the Assembly's authority. The letter also requests the BDP to remain in close contact with the AK Party during the constitution-drafting process.

CEASEFIRE BY THE END OF MARCH

While Kandil is expected to be releasing all public officers from their camps, Öcalan foresees the recent ceasefire staged by the PKK terrorist organization in recent months to become permanent by the March 21st Nevruz New Year holiday.

According to the roadmap, between the months of March to May, all armed factions of the organization will be leaving the country and negotiations will commence on disarming the PKK. Once the PKK has withdrawn members from the country a definite ceasefire will be announced. The third stage will involve the evacuation of the Makhmour camp and for all Turkish nationals that have not been involved in violent attacks to return to the country. Öcalan requested the letter be responded to within the next two weeks. The roadmap is expected to be finalized by mid-March.

The following are a list of important headings included in Öcalan's note:

We have no demands for a federation or autonomy; Turkey's unitary structure should be preserved.

Turkey should have no apprehensions of division.

Kurds should have no concerns that they will not be granted rights.

I am hopeful that this process will be accepted by the Turkish public.

A fully democratic Turkey will also solve the problems faced by the Kurds.

Ensure that all Turks and Kurds have equal rights.

Organization members that have not been involved in criminal acts should be allowed to return to their families.

If the conditions are set, then the PKK terrorist organization should exit the country on August 15th.

In the letter, Öcalan says that their expectations for 'autonomy' may be considered as having been met due to the eradication of reservations brought on by Turkey's Europe Local Administrations charter. The letter also expresses the importance to the solution process of ensuring the new constitution contains no ethnic reflexes.